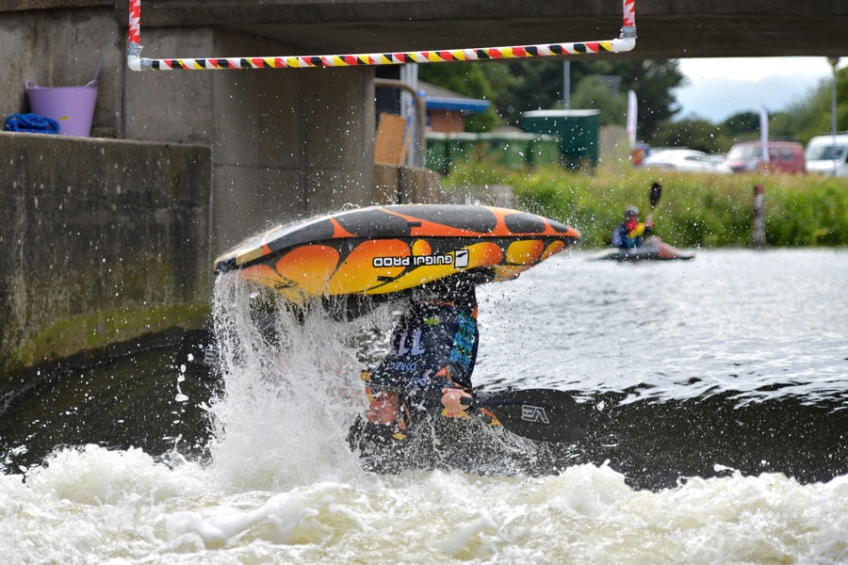 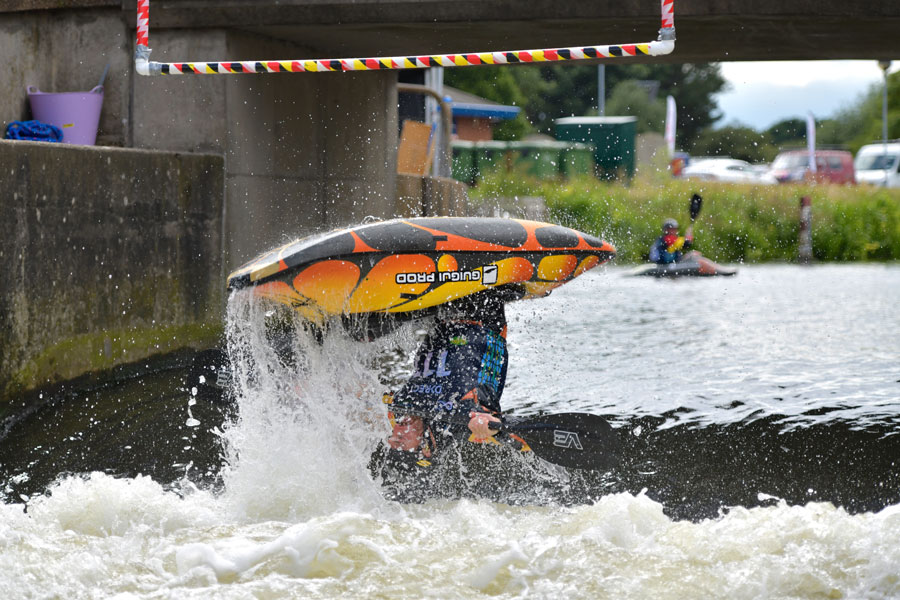 This years Canoe Freestyle World Championships help at Holme Pierrepont Nottingham were a unique event, not only because it was the first ICF Freestyle Worlds to be held in the UK but also due to the raft of ‘festival’ events that were organised for athletes to have fun and compete in around the main event, or in my case, once they’d been knocked out!

The festival events included flat water freestyle, down river freestyle, synchro, and the event I was most interested in – worlds biggest loop!!

The worlds biggest loop was held in the inlet gate, where a high jump pole was set up. Competitors got 1 minute in the feature to loop and try to hit the pole with their boats…each time the pole was hit it was raised! The competition was run for four hours through the day, competitors could come and try to hit the pole at any point while it was open. As usual when you introduce a bunch of athletes to a new challenge, having a bit of fun quickly turned into something embarrassingly competitive!

Towards the end of the day the bar had been raised higher than many of us had expected and athletes in with a shot of getting the title of worlds biggest looper were queuing up for their final go…with particularly strong showings from the US, Germany, Japan, the UK and Australia! 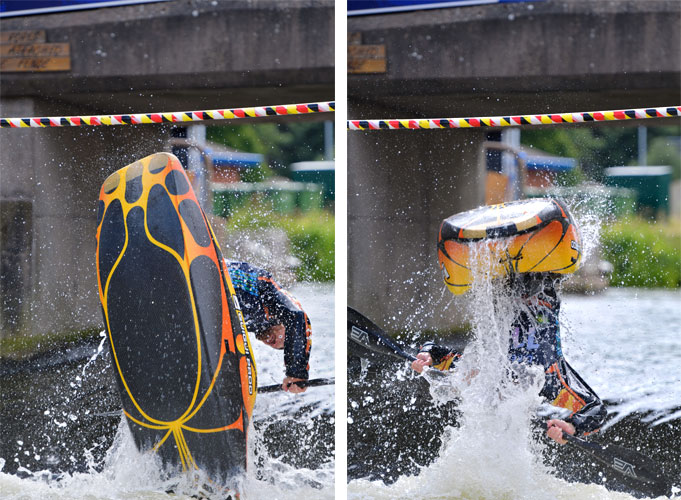 When going for your biggest loop there’s some technique to keep in mind: 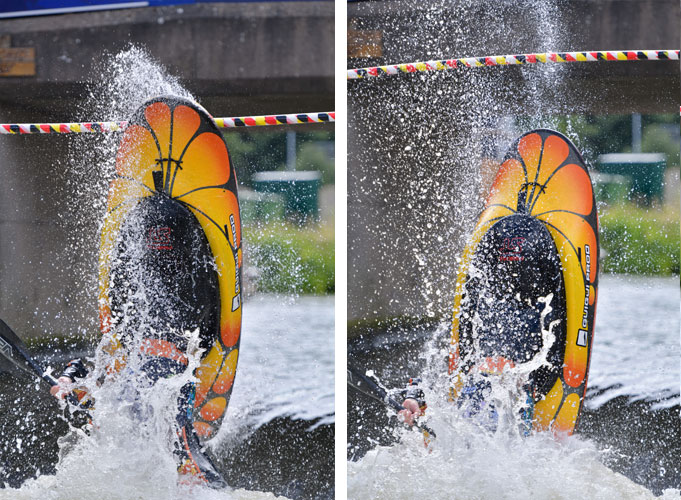 Like all the festival events, it was a fun afternoon which wouldn’t have been possible without the enthusiastic volunteers who organised and ran the event! After many impromptu, mid training, loop competitions with fellow peak paddler Pringle, it was good to finally put to bed the question of who in fact goes bigger!

See you out on the water… 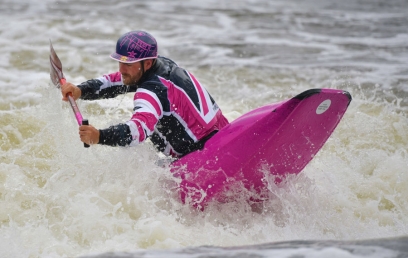 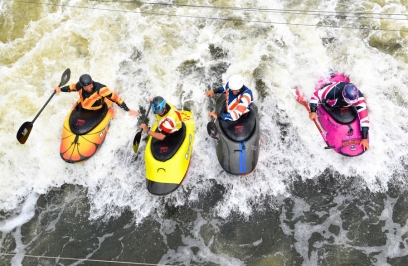