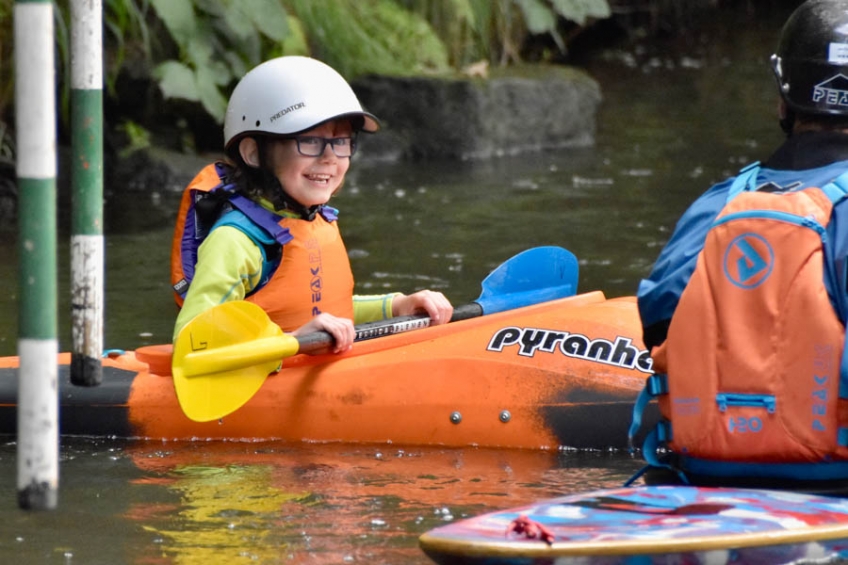 Posted By: Paddle Peak Published: 12/09/2022
The Paddle Peak gang headed to North Sheffield over the weekend for the 3/4 divisional slalom race. Even with bacon butties running short and the river level dropping, smiles were still aplenty.

Lungs were bursting (mainly through supporters ‘Up Up Uping’) and the kids all had a top weekend on the river dodging poles and shallow eddies, getting PB’s and wrapping their minds around how the divisional system works. The beginning of an adventure in canoe slalom for some, and the first for some time for others!

Thank you to Sheffield Canoe Club for putting on the event which has helped shaped the parent’s weekends for the foreseeable – until the season finishes at least. Catch you at Marple this weekend for some more pole dodging fun.