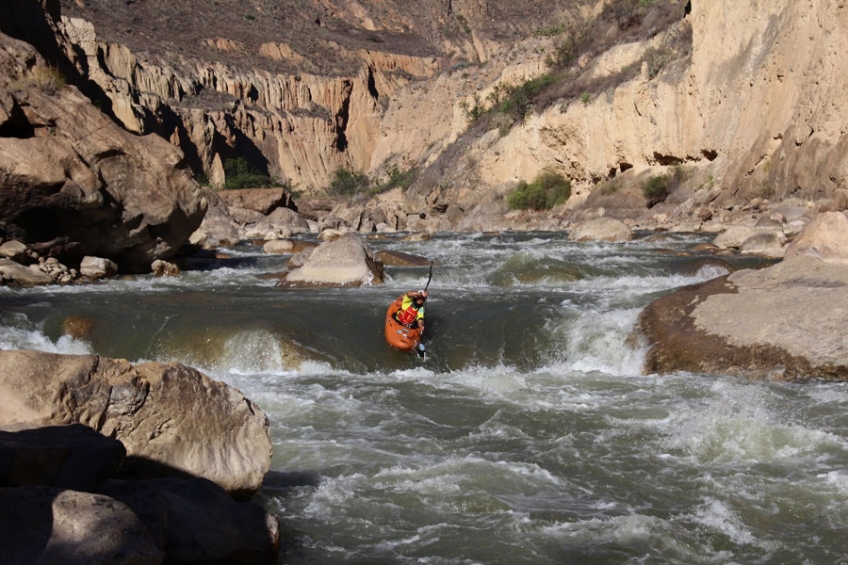 Below and Beyond – The Grand Canyon of the Andes

Below and Beyond – The Grand Canyon of the Andes. Or – the team are on the source again…

I can still remember the conflict of emotions, last time that is. Sitting in the eddy above the blind, inescapable, un-run, remote Canyon. Paddling with better paddlers than me.

Terrified, doubting myself and questioning my abilities to ‘cope’. So this time…. NONE of that! After that ignominious failure, I wanted…fun, adventure, something new to me (but had been done before), a brilliant ‘journey’, challenging (but portageable!), warm would be good too! Most of all, time with friends and good ‘craic’.The Rio Maranon in central/northern Peru fitted the bill perfectly. It’s been on my ‘list’ for a long time too. Some ‘facts’! (possibly… don’t quote me on these!): The Amazon used to be called the Maranon. It’s 1000m+ deeper than the Grand canyon. It is the primary source of the Amazon, therefore the longest river drainage in the world.It is the longest un-dammed river in South America (some say the world (but don’t ask me who – some bloke down the pub probably!)).There are currently 21 places identified as possible sites for dam construction.

Paul fully involved with one of the many Gd 4 sections

Team to paddle with? First choice, not too difficult. Paul Cripps, why? Been paddling together for 25 years. BFFs’ (ask a child!) Brave! Good, strong paddler. River guide. Fluent Spanish speaker.Oh – runs an adventure travel business in Peru! See, told you, not a tricky choice. I was hoping to tempt a few of the other ‘Below and Beyond’ team members to come along. But they’re all still brave and have decided on the Humla Karnali before that too gets dammed. If this trip was all about the above first paragraph, then I wouldn’t be keen if it was just Paul and I. But given this trip was about NOT being stressed, I was happy for anyone suitable to join us. Paul invited Ben along. Ben I know, I’ve paddled the Apurimac with him and done some MTB rides too (he’s the Peruvian Masters downhill champ!). Perfect! Pedro too got in on the act. Pedro (this might not be too much of a surprise, but Pedro is Peruvian too) has run the river a few times before and is the head guide for the rafting company that run the river most often – oh alright then he can come! That’s a team right there! It then gets a bit complex… Ben and Pedro will leave the river after 6 days to be replaced by John Vincent (A teacher living in Lima), for 4 days. Who then leaves Paul and I alone for the final ‘X’ days.We know a few things…It’s the dry season (river shouldn’t go HUGE and scare me!). There are 2 Gd 5 sections – both portageable. There are some flat bits. One potential get out is the Atlantic… If you go too far into the Jungle you need a Native guide (tricky to carry in a kayak).

Our chosen put-in is at 2100m, the get-out at 300m ish? The upper section is crazy bonkers hard! It’s long… We’re looking at 12 - 16 days on the river, or I miss my flight. Initially it’ll be chilly, by the end, HOT! We have to be at the right bridge on the right day for the complex team changeovers. If you’re thinking of pretty much any kind of adventure in Peru then Paul's company Amazonas Explorer should be your first port of call. They sorted our logistics perfectly. Boats and gear in all the right places at the right times. So all I had to do was get on a flight to Lima, with my gear and 3 x BAs/Cags and Decks for the others! The highlight of Lima was without doubt tackling the Miraflores BMX track on a tandem bike we hired – you’ll have to come to one of the film screenings to see that. On to Huaraz, to meet up with the team, the boats and a mass gear faff.

Pedro at the bottom of the sneak line on the 2nd Gd5.

The drive over to the river was spectacular enough in it’s own right, but we felt it only right to squeeze in a bit of culture. A brief stop at Chavin to look around the Archeological site there – 3-4000b.c. good stuff, worth the stop, if you ever get the chance. Oh, talking of worth a stop… check out the new micro brewery in Huaraz too. We arrive at the river at about 4pm. I’m relieved to see it’s at a sensible level. So with my mind at rest I settle down for the first night sleeping by the river. Day One - Up at 6.30 (as we were everyday), porridge. On the river by 8 (as we were everyday). EVERY corner reveals another WOW! View. Rapids come thick and fast, but never hard. The water is quite warm (I’m wearing a long thermal, a short sleeved fleece and a semi dry shortie cag – perfect), the sun appears only to disappear as thunder clouds bring showers, which in turn dissipate as the sun returns. The temperature off the river is probably about 25 degrees. The Sandflies as ever do their utmost to ruin the experience… but fail.

Camping Maranon style
By 3pm we are looking for a campsite. By 3.01 we find the perfect beach. Flat, sheltered, loads of dry wood. There’s a farm by the beach, the locals come over looking a bit dubious about our presence. When we discover what they are ‘farming’ we understand their concern. So we promise not to ‘tell’, and they cheer up! We were gratified to find that every beach was pretty much perfect, usually totally isolated from everyone, sheltered, loads of wood, beautiful, flat, etc. Day Two to Fifteen – It really was a case of eat, sleep, kayak, repeat! We were averaging about 40-50 kms a day. Inspected a few of the Gd 4(+)’s, mostly to decide where to film from. Everything else was read and run BIG water paddling.Every local that we met, there were not many, was surprised to see that there were no ‘big boats’ – meaning rafts. It became clear that a kayaking group was a rare event on the river. The river is probably rafted 3-4 times a year max. So the locals were puzzled how we carried our food and kit – so were we! Actually, modern creek boats are so big that everything went in quiet easily. We carried at most 10 days food for 3 people, that lot went into the boats no problem… And the boats were absolutely fine to paddle – slow to accelerate, but otherwise great. There were times when the extra momentum was useful to crash some of the holes! It’d be great to be able to write here tales of epic rescues, wild mis-adventure. Sadly however, we were a very compatible group, not a cross word. All paddling at a suitable standard. The teamwork was there from the start.

The river done, we just need to do the 4 hours to the nearest town!

The food was great, lots of it. Logistics bang-on (Did I mention Amazonas Explorer?). It’s almost like we’d all done this kind of thing before! We did get hit by my first ‘Sandstorm’ though. Roughly mid-trip, one afternoon we were just setting up camp, when the wind picked up more than usual – You may be aware of ‘Anabatic’ and ‘Katabatic’ winds – After lunch on most days an up river wind would pick up. This being a MASSIVE gorge, there was always the risk that this could also go MASSIVE, on this occasion it did! Have you ever seen those old WW2 desert movies (Usually with James Mason or Humphrey Bogart (ask your Grandparents kids)), there’s always a sandstorm scene in those… Well, it’s exactly like that! Horrible! I’m still finding fine sand in my kit a month later as I write this. Funnily enough I didn’t have my ski goggles with me, they would have helped! The only other cock-up we made was the only time we were hit by any sort of heavy rain. Typically it was the one night we didn’t bother putting up the tarp! The next morning we were so wet, we just bundled our kit into the boats and paddled off at 6.30 am. The idea being that when the sun came up, we’d stop and dry our kit (would take no time in the heat by this stage of the trip). Impossible to light a fire, so no porridge (Hooray!), no coffee (Boo!). Fortunately at about 8, we rounded a corner to find a small town… with a café! Breakfast sorted. So, the moral of the story…. Always put your tarp up, always prepare it to survive a sandstorm and always put some kindling under the tarp – like we did every other day! Muppets. Bit of a competition for ‘the best bit of kit award’… Without the Millbank bag we’d have been drinking some pretty gritty coffee in the mornings, so that was essential really (it’s a simple canvas bag water filter. It just gets the chunky bits out – saving the water purifying filter from getting blocked). The combination of the Peak UK Combi cag and WW deck was sensational! In the whole 15 day trip, 650km of BIG water Gd 4+, I never once had to open the drain bung OR use a sponge. Everyday I would be getting off the water DRY! Never had anything like that before.

A mozzie net to sleep under was pretty comforting too! Once again Peru well and truly came up with the goods. A fantastic experience. Would love to run this river again, next time maybe leading a trip…? Thanks have to go to the following for their continued support…Pyranha/PeakUK/Werner Paddles/Watershed drybags/Mountain Equipment/Amazonas Explorer and Plas y Brenin. Keep an eye out at pyb.co.uk for up and coming Below and Beyond presents ‘The Grand canyon of the Andes’ film shows.

The book doesn’t even need to be good: The joys of living under a tarp on the banks of a Himalayan river or two. 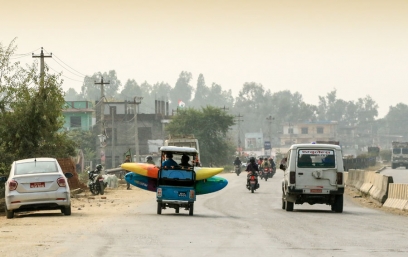 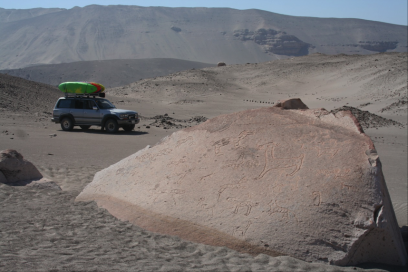