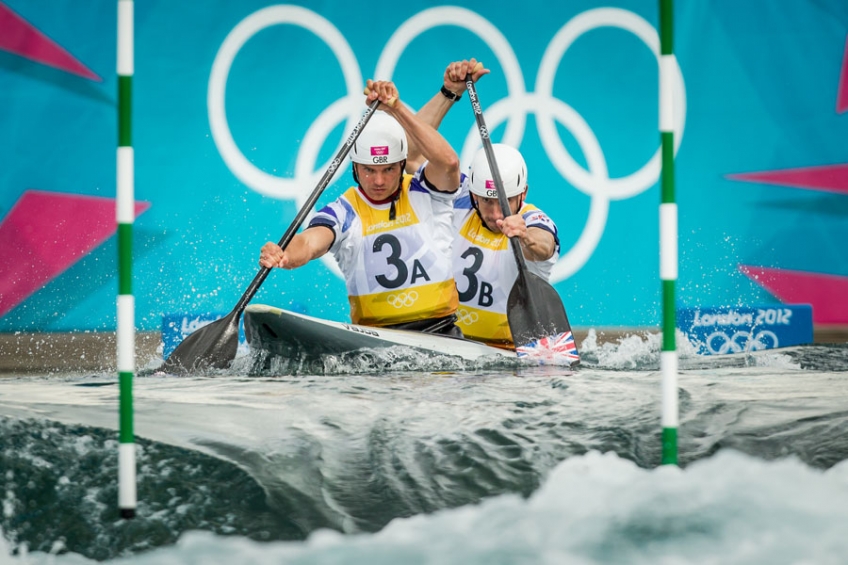 The previous two Olympics have been milestone events in Peak UK’s history. The Olympic Games have been historically a deadline for us to deliver some of the biggest projects we’ve ever undertaken, and the delayed Tokyo Olympics Games are no different.

We’d been working hard since the launch of our custom printed kit in Sept 2011, developing and fine tuning the technics needed to deliver a crisp finished print. It was in the spring of 2012 when we partially moved into our new purpose built factory, with only the machine room and one toilet completed on the building site, that full scaled custom kit manufacturing begun. We delivered, as always, just in time for the Olympic Games, whilst at the same time becoming (and believe to still be) the only company in the World to sublimation print fully waterproof, technical garments.

To top it all off, at the London 2012 our great friends, Tim Baillie, Etienne Stott, Richard Hounslow and David Florence, won gold and silver medals, respectfully, in the C2 category.  Olympic C1 legend and Peak UK team member, Michal Martikan, also won a Bronze medal sporting the finest looking Slovakian outfit. What an amazing summer (and year) that was!!

Straight after London, we went to task seeing if there was some development and performance gain to be found in the PFD worn by the slalom athletes. After trawling through ISO standards and ICF rules, and spending 4 years undertaking secret product research and development with Team GB and the EIS (English Institute of Sport) we came up with the Racer ST, a revolutionarily 3-in-1 product. PFD, jacket and spraydeck combination.

We moved roughly 40% of the body foam traditional found in a PFD into an under spraydeck pouch, the remaining body foam was then built into the jacket section along with an integrated body harness, finally the spraydeck and jacket were joined together. Thus creating a fully ISO 12405 approved PFD, that meet all ICF rules and was nearly 50% thinner than any competitor’s PFD.

The Racer ST was used at Rio 2016 exclusively by members of Team GB (Joe Clarke, Fiona Pennie, Richard Hounslow and David Florence). An amazing event to watch, in which Joe Clarke claimed a Gold medal in the K1 event without touching a gate all competition and Richard and David claimed another excellent silver medal in the C2 category. The Racer ST went on to be the choice of the World’s top athletes for the next Olympic cycle heading into the  Tokyo Games.

For Tokyo we wanted to take the development of the Racer ST one step further and supply as many nations as possible.  We spent the first few years of the Olympic cycle developing a new, stronger fabric that would itself pass the load bearing tests needed for the ISO standard. With this achieved, we could remove the body harness and refine the cut.  Working closely with our ISO test house we developed a safe distribution of the remaining front body foam to the under spraydeck pouch…behold the ST2020 was created!

An instant hit with all athletes and nations, so much so that we’ve supplied 32 nations with custom printed, bespoke ST2020s for the Tokyo Olympics. The ultimate in slalom racing apparel, the ST2020 has unparalleled freedom of movement, only 20mm back body foam, no extremal webbing straps and full body custom printed.