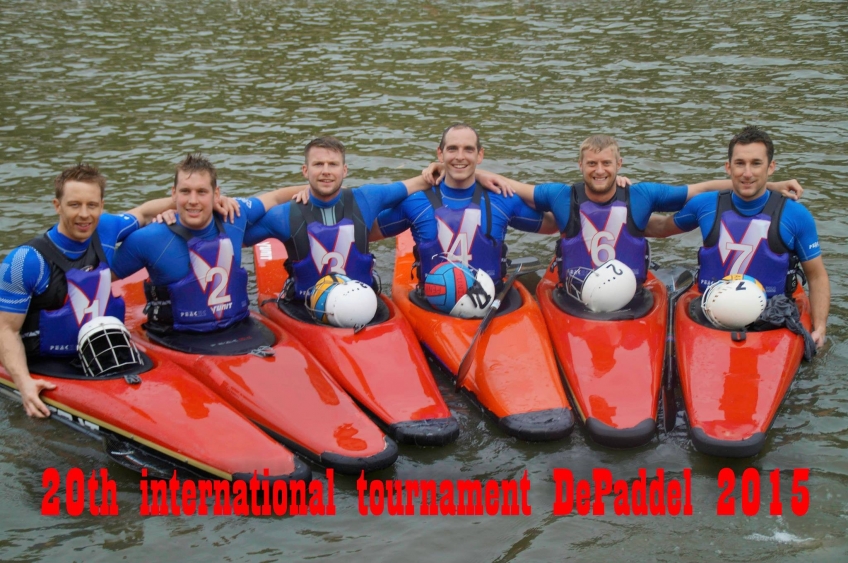 Posted By: Peak UK Published: 10/09/2015
Viking A knew that the De Paddle International was going to be a tough tournament as many of the International teams would be there in the run up to the European Championships in two weeks.The challenge was made all the more difficult by the fact that four of the team were missing: Ross Montgomery and Pete Neal would be at the tournament competing for GB men, James Bowers has recently become a dad (congratulations James!) and Tom Baston was swanning around America on holiday. That left us with Nick Archer, George Murfin, Andy Petrie and Martyn Williamson. We drafted in club newcomer Matt Blackmore and long-term club friend and ex-GB international James Longley (Junior). 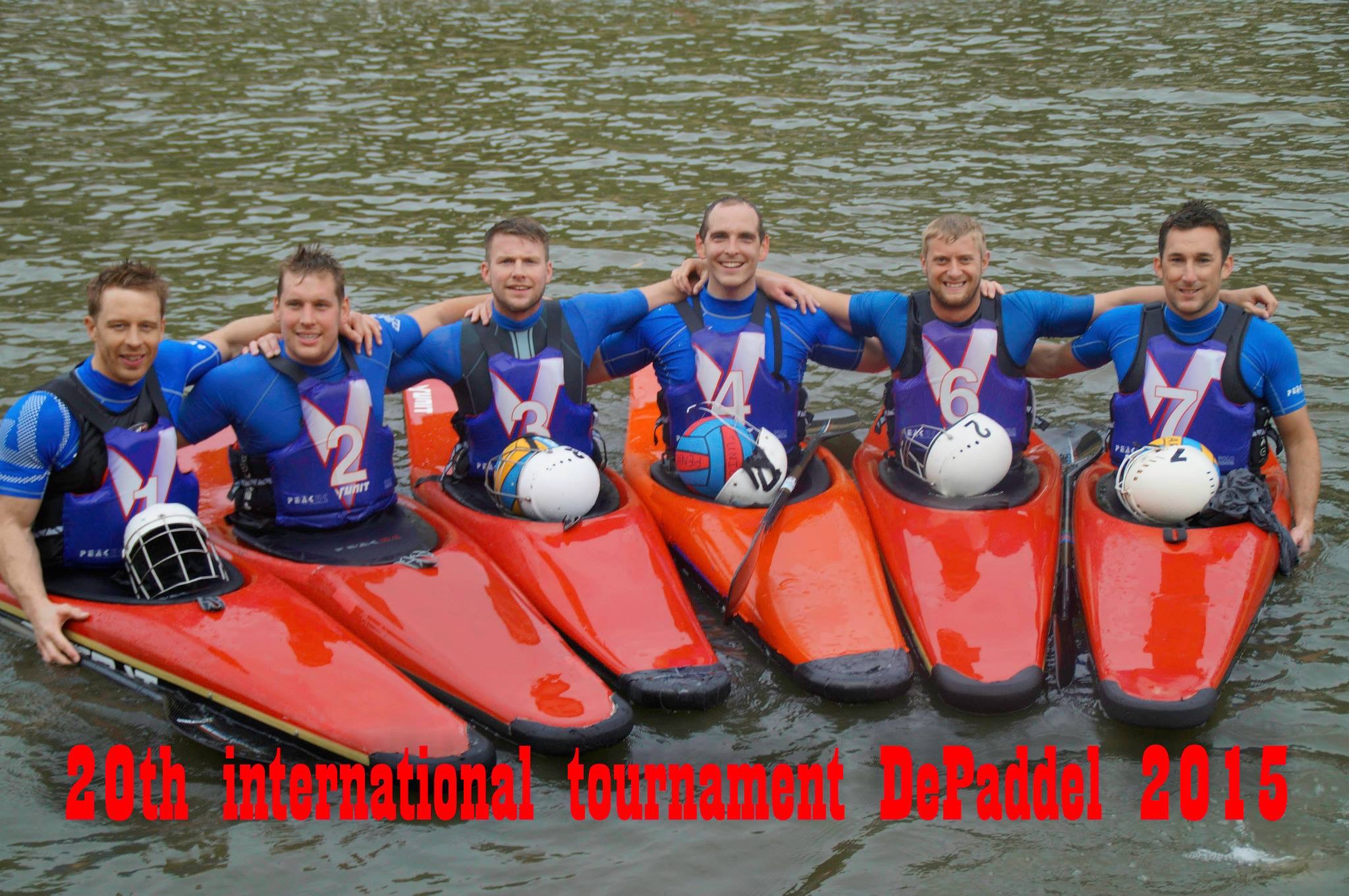 In the usual fashion we turned up late Friday night after long delays on the tunnel crossing the channel. Even with the changes to our line-up we had high hopes we would do well at the tournament so got our tents up and as much sleep in as we could prior to the usual early start.A slow start on the Saturday against the Dutch U21 national team saw us run out 3-2 winners although we were always in control.Next up was the Japanese National team, an unknown quantity, there were no worries though and we pushed out and won comfortably 9-1.In the afternoon we were up against Poland B. Their A team have been much improved of late but the B team were not the same proposition and Viking won 6-3. The last game of the day was against Dutch Club side Odysseus A. They proved to be a better team than we thought but we held on to an early lead to win 6-4. All in all a good day and we topped the group which meant we would have easier cross over games on Sunday. Everyone was playing well which meant we could go out for dinner in a confident mood ready for the games on Sunday. A couple of beers later and we were all ready for bed.We had an early start on the Sunday, 7.30am against GB Men. An interesting matchup! We played well but let in 3 sloppy goals from distance, the third with only seconds left on the clock. The game finished 4-4, a better result for us as we (in theory) had an easier second game. The second game was against Conde sur Vire, a French club side, and we won 3-1 which put us second in the second round group. The top two went in to the semis. The Dutch national team had topped the other group so we would play them for a place in the final. 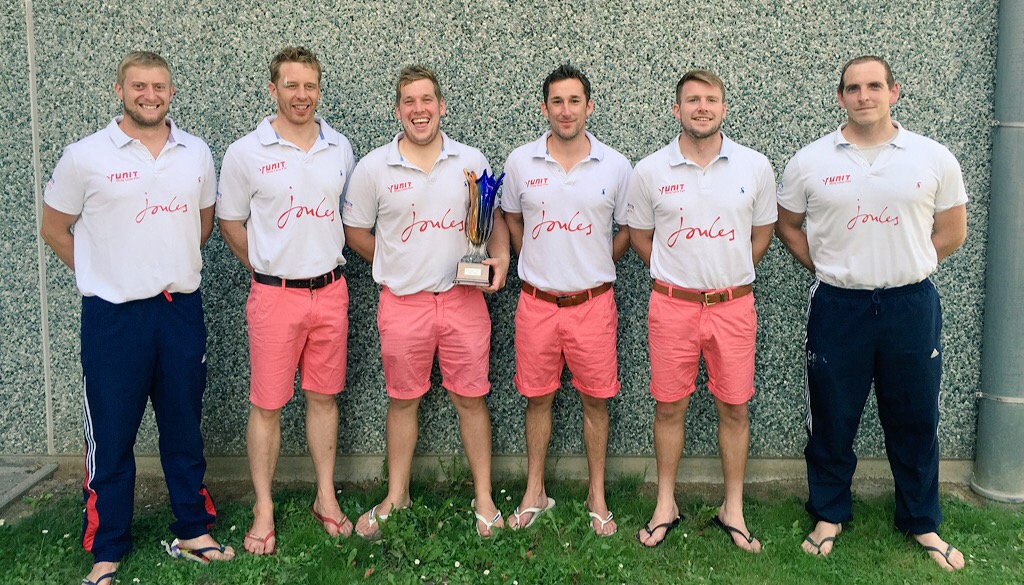 The semi-final wasn’t until 1.30pm, this gave us some down time to prepare and plenty of time to make a fool of Matt playing man in the middle (our usual warm up routine). We knew the game was tough and no one would expect us to win. We went out hard in the first few minutes and took a 2 goal lead. Although they pulled a goal back we maintained the advantage and won 4-2. This was a great result against one of the top European International teams!!Germany had beaten France in the other semi-final and so we would play them in the Final. More of the usual preparations and we were ready... or so we thought, we were 2-0 down quickly. We pulled it back to 2-2 and were on the front foot when Germany scored a third. We started to push but playing with only 6 players to their 8 all weekend started to show and, although we scored again, the chasing cost us and we lost 7-3 as they scored on the break.All in all this was a fantastic result. For a club team to finish above the following full international teams that were ready for the European Championships: Holland, France, Switzerland, GB, Belgium, Poland and Ireland, was a truly fantastic result.Two weeks later Germany went on to with the European Championships showing the level that Viking were mixing it with.Well done to the all the team and thanks to James Longley for playing with us!