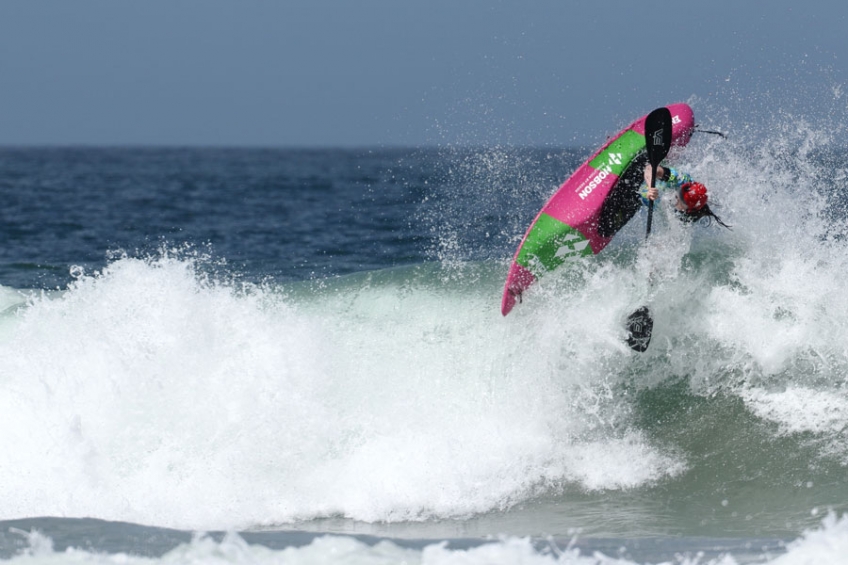 How do surf kayak competitions run?

There are also men’s and women’s divisions within this. A competition is typically run in a knockout style. Competitors compete in 4 man heats, although they can be anywhere between 3 and 6 depending on the time available and the number on competitors entered. Heats are typically 20 minutes long; however I have also surfed in 15 and 25 minute heats. At the end of the heat, the top two waves for each rider are added together to get the final score for each surfer. There is typically a 10 wave limit per competitor in a heat. The top two surfers progress from each heat and are seeded against the other competitors depending on their placing, this continues until a final 4 surfers compete for the top spot. Waves are judged out of 10, where:The score is dependent on a huge range of factors. The wave can have a huge impact on the score, with bigger waves requiring more commitment and earning more points, however, longer, better waves will allow the surfer to spend more time impressing the judges and allow for more dynamic surfing, which is rewarded with a high score. A long boat executing an explosive manoeuvre on the end section of a wave, this would typically score in good range

The surfing is judged based on the speed, power and flow demonstrated by the rider. Judges will also look to see controlled dynamic manoeuvres, executed in the power pocket of the wave. Surfers who surf with more speed are typically positioned in the power pocket of the wave, this is the most powerful section of the wave and the most committing. It allows riders to achieve greater speeds, but with greater risk of being overtaken by the wave or wiping out. More powerful surfers can use their strength, timing, and speed to make their surfing standout with explosive dynamic manoeuvres. This can be seen in both airs and turns, where the boat rotates faster, and more water is displaced, demonstrating the effort the rider has put into a single manoeuvre. Finally, we come to flow; this is one of the hardest criteria to describe. It requires the rider to maintain their speed and use rail to rail surfing rather than forcing their boat, using the rhythm of the wave to dictate the pace manoeuvres executed. Additionally, a surfer with good flow will be able move seamlessly from one turn to another, without pause or additional input such as paddle strokes to maintain their position on the wave. Smooth top turn executed in the power pocket of the wave

One very important aspect of competition is fighting for waves. The surfer who is deepest/closest to the white water of the wave has priority for the wave, however making sure that you are in this position when the best waves come through is a very difficult skill to master. Whilst competing for the best take off spot, surfer can often push each other too deep, making it hard to surf the wave if you are always trying to catch up with the green face of the wave. Surfers can also cause and interference by snaking or dropping in. Interferences will typically result in halving the riders second highest wave. Snaking is when one paddler paddles in front of or behind another paddler to take the inside position of the wave, impeding the paddler who was initially deeper. Dropping in occurs when one surfer is riding the wave, and a second surfer takes off further from the pocket of the wave and impedes the surfing of the other surfer. Generally these issues aren’t common in domestic competitions, but begin to occur more in lager events such as the World Championships where the desire to win is much greater for most paddlers. Competition has so many different benefits to you as a surfer, you get to see some of the best surfers in the UK which can motivate you to develop your surfing. They’re also a great way to meet new people to go surfing with. Competition can also give you a huge sense of achievement, this can come from finishing a place higher than normal, to winning the whole event. All about surf kayaking 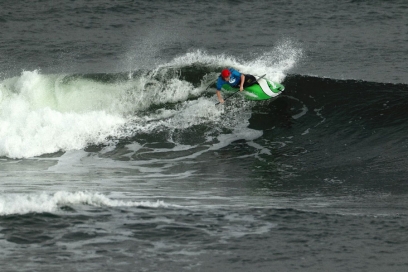