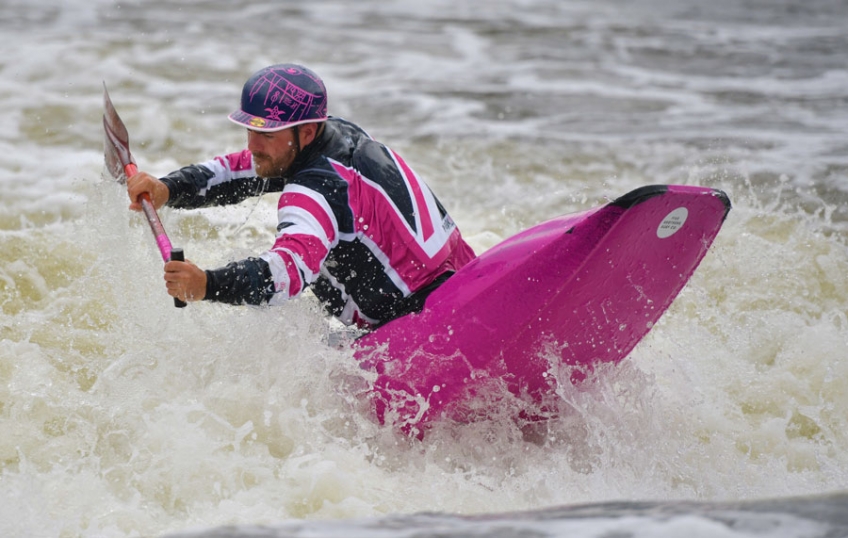 Heres part 2 of Harry Price's report from the exciting week of Freestyle paddling in Nottingham.. 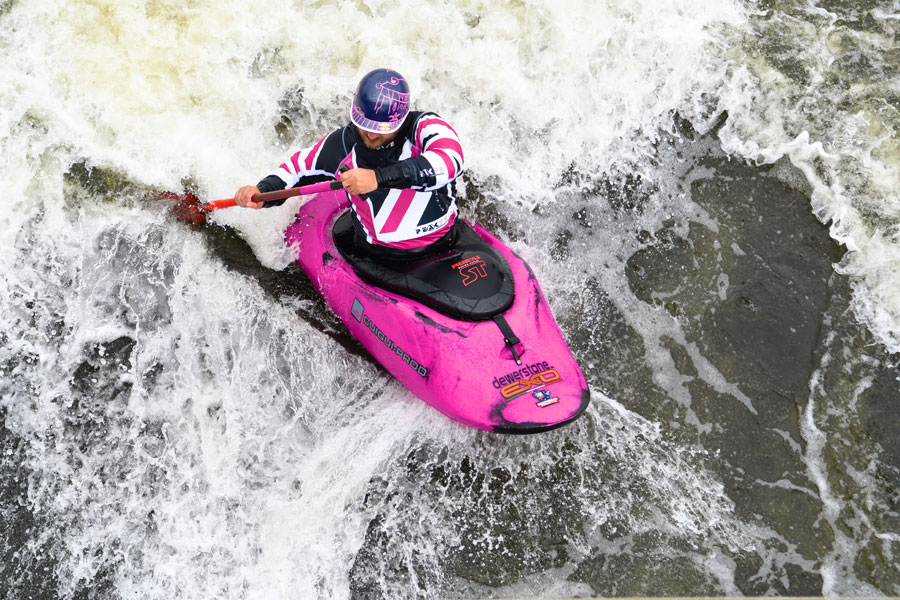 In the Junior men’s prelims, taking place on the fourth day of the competition, Ben Higson from the Uk and German Tim Rees proved with complex rides that they are just as good as the top senior men. Tim and Ben have spent a lot of time training together prior to the event, their friendly rivalry has pushed junior men’s freestyle to a whole new level. In the Junior ladies Abby Holcombe from the USA showed off a jaw dropping ride scoring over 700 points using both Mcnasties and a lunar orbit. Which was the first time that a lunar orbit has been done at a world championship in the junior lady's class. 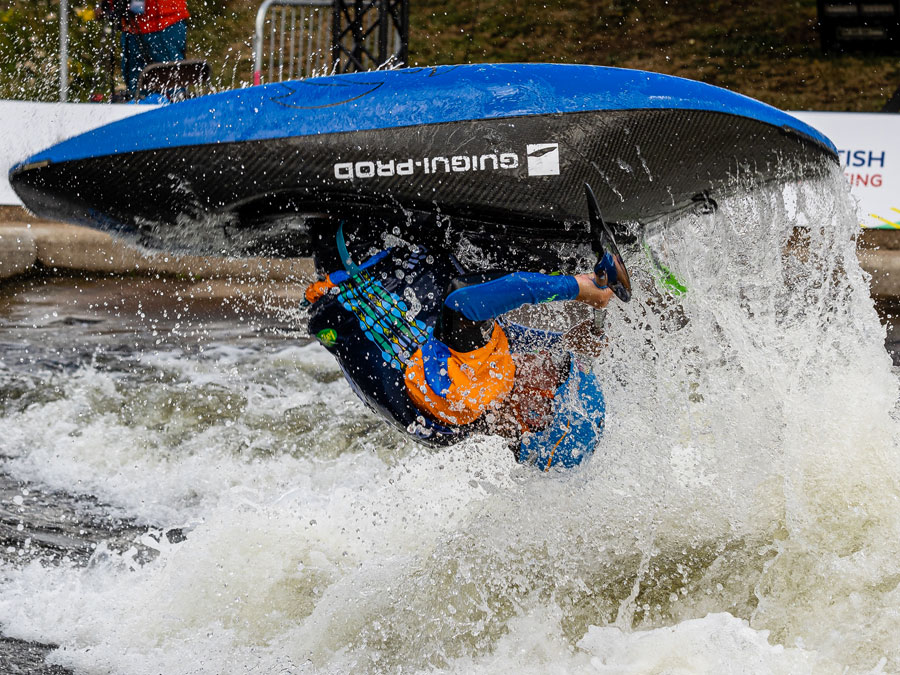 The penultimate day of the competition consisted of C1 and K1 semi-finals followed by C1 finals. Semi-finals are always one of the most exciting rounds because they decide who will progress to the finals. A personal highlight of the competition for me was watching Matt Stephenson in the C1 semi-final. During his ride he linked lunar orbits to cartwheels and performed a stylish lunar loop. These are two combination tricks that are rarely seen in the C1 category and contributed to a ride of 1013 points, the highest scoring C1 ride of the competition. Ibbo continued to deliver high scoring rides securing himself a place in the final alongside teammate Matt. 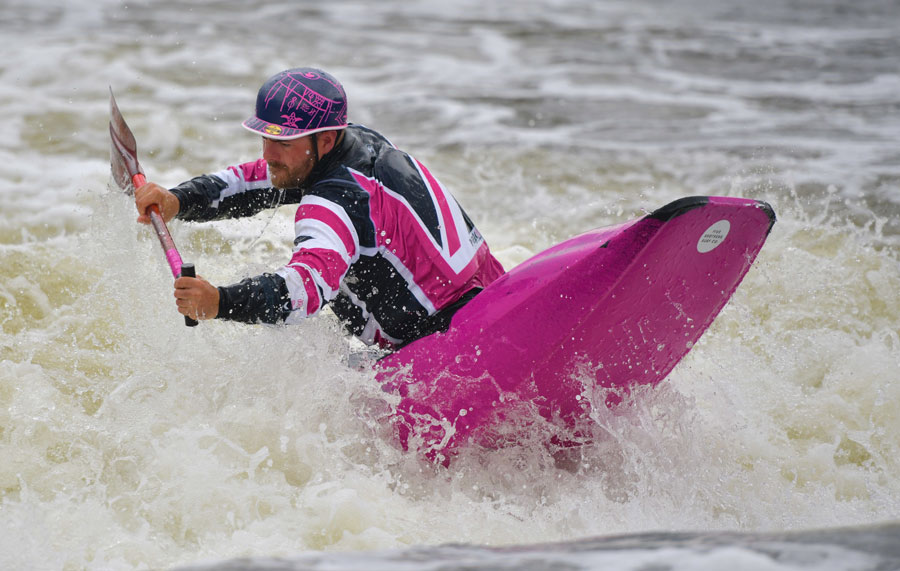 An exciting lady's semi-final saw Ottie continue her dominance moving herself into the final in first place, followed by Marlene Devillez of France and previous World Champion Hitomi Takaku from Japan. In the men’s semi-final David Mcclure left it to his last ride to take the lead and move into the final. Dave’s enchanting paddling style, where he appears to effortlessly link long chains of trophy moves and cleans has put him as a main contender at every competition over the last few years. Rob Crowe continued to deliver textbook tricks to take him into the final. As expected, Tomasz Czaplicki and Dane Jackson, both with tons of competition experience took 3rd and 4th place. I managed to squeeze myself into the final in 5th place; it has been a long time since two British K1 senior male paddlers have been in a World Championships final together. Gav Barker and James Bebbington were disappointed to miss the cut, having shown amazing promise in the early rounds. 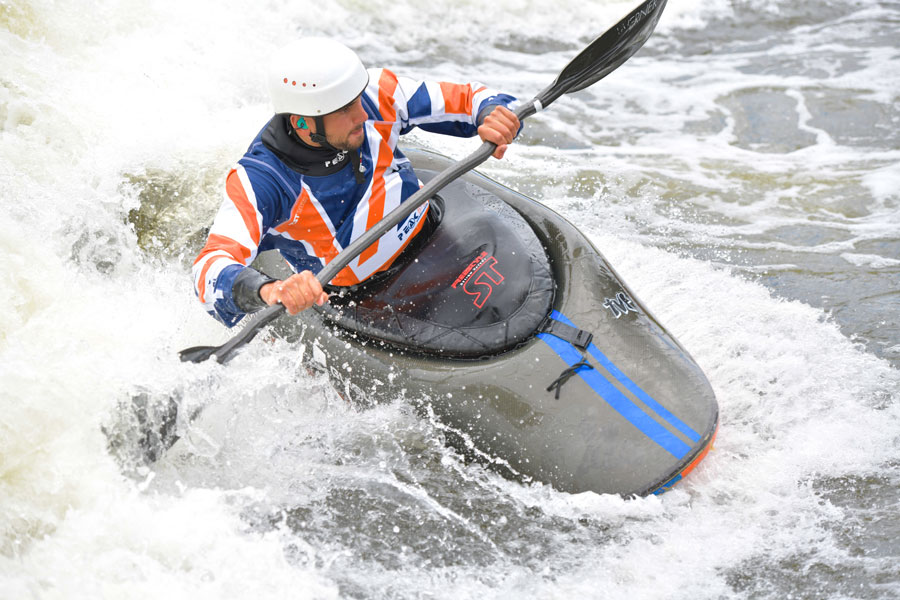 C1 finals began with more record breaking scores and another gold and silver for GB from Ottie and Becky in the lady's category. Using great boat control and consistent tricks Anica took 3rd place. The men's C1 was incredibly tight, with 10 points between 4th and 2nd place. Landon Miller took the gold moving trick to trick faster than any of the other paddlers. Dane Jackson and Tom Dolle took home silver and bronze. Our man, Ibbo finished a very credible 5th place. 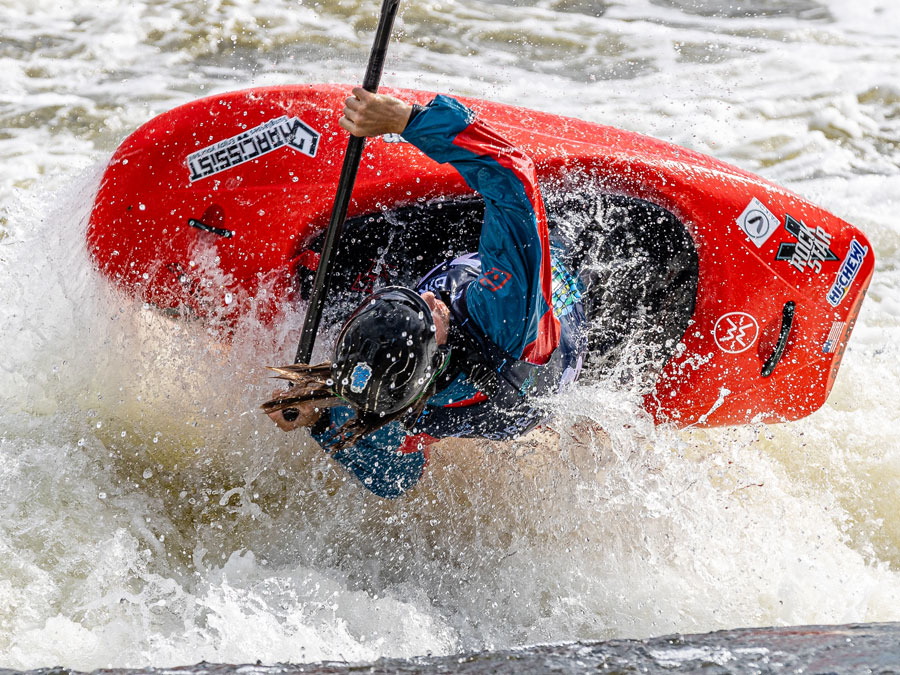 Landon Miller on his way to Gold. Pic: Kim Jones

Finals day… In the Junior ladies Abby Holcombe took home gold. Abby is an exciting up and coming paddler who is already matching the senior ladies with tricks and points. I am sure that Abby will be winning more international medals in the future. Niamh Macken a local paddler secured a silver medal flying higher than any of the other juniors. One of the younger paddlers Makinley Kate took Bronze. The junior boys final saw Tim Rees and Ben Higson in a league of their own with scores rivalling most men. With a tidier style Tim took gold with Ben very close behind. Nanase from Japan took third place on the podium with impressive explosive rides. Nanase is possibly the first junior from Japan to win a World Championship medal. 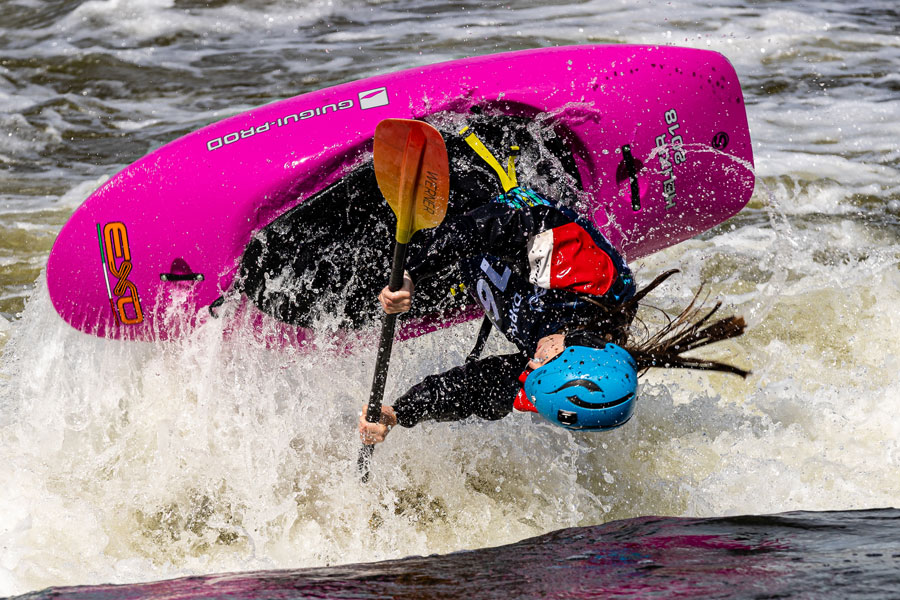 In the senior ladies final Ottie continued to paddle with composure nailing a new ICF world record of 1216 points and receiving her 3rd gold medal of the event. Hitomi Takaku received silver followed by Marlene Devillez with bronze. I’ve been dreaming of paddling in senior men's world championships final since I can remember. In the end Dane Jacksons impressive ability to perform no matter how intense the pressure shone through, and he took the gold. Dane had very little training in the competition hole prior to the event making this extremely impressive. Tomasz Czaplicki with consistent big clean Mcnasties took silver followed by me in third. 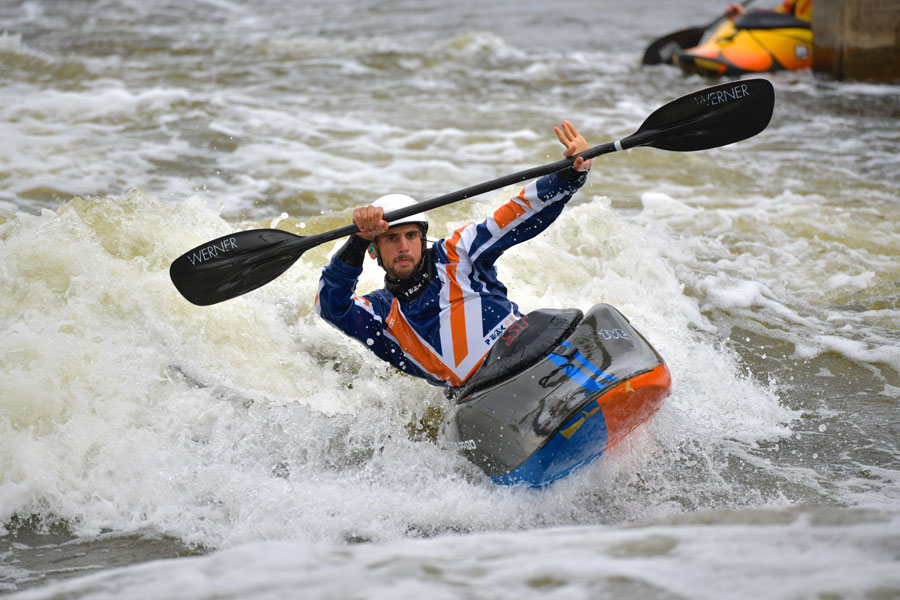 This world championships made it clear that freestyle kayaking is continuing to grow and from talking to spectators who don’t kayak it seemed that the event was exciting to watch. I am looking forward to seeing where freestyle goes in the future.