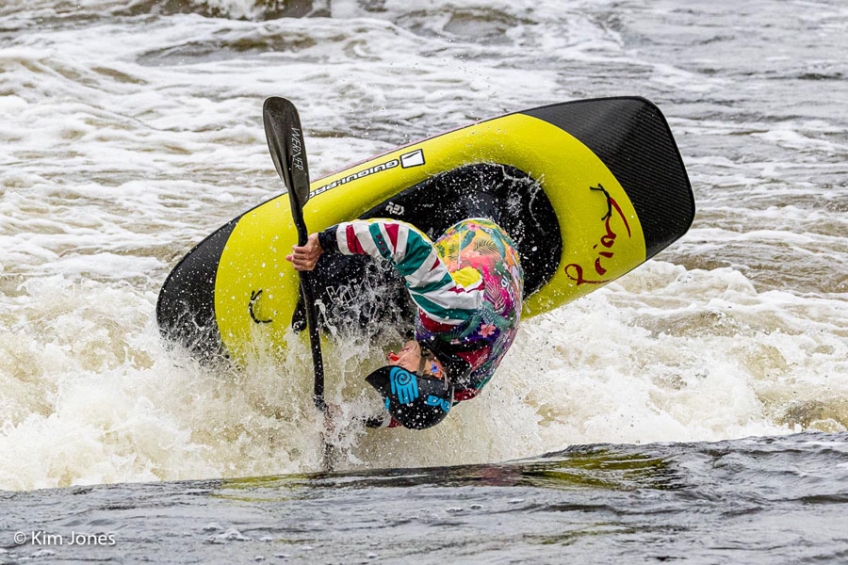 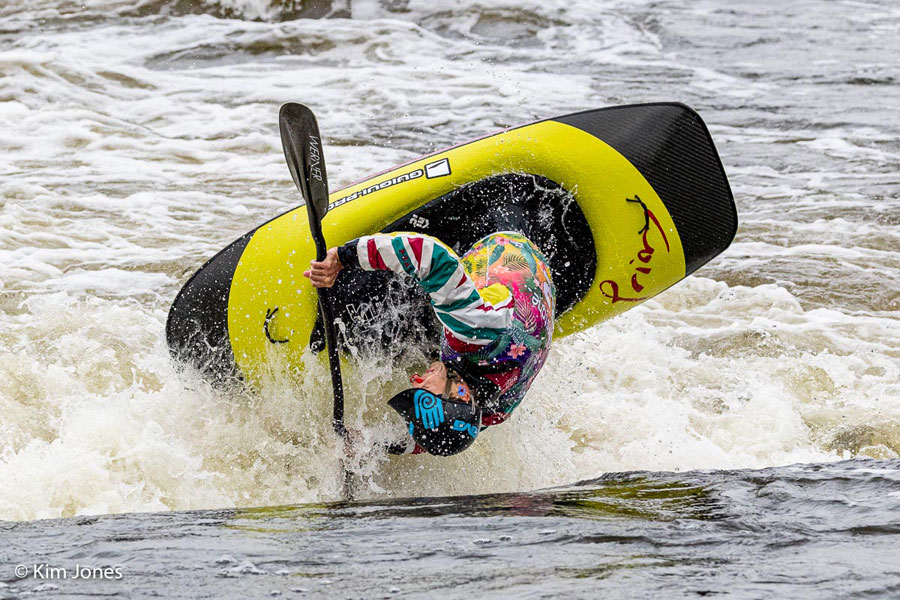 After a rough couple years thanks to COVID this summer we finally got freestyle competitions going again with a summer of Brit Champs, Euro Champs and GB Selections for next year's Nottingham World Championships.

One of the nicest things to come out of the large gap in competitions was how the whole GB team and freestyle paddling community spent countless hours on the water just sessioning together pushing each other on and working as an actual team and brother/sisterhood to get through what would have otherwise been a pretty rubbish couple seasons.

Together though we pushed each other on, picked each other up when any of us got low and strived to train hard and fire up our best for the pure joy of paddling. It's been a humbling experience reconnecting with that child-like joy of paddling with friends helping each other progress and taking our skills to the next level. 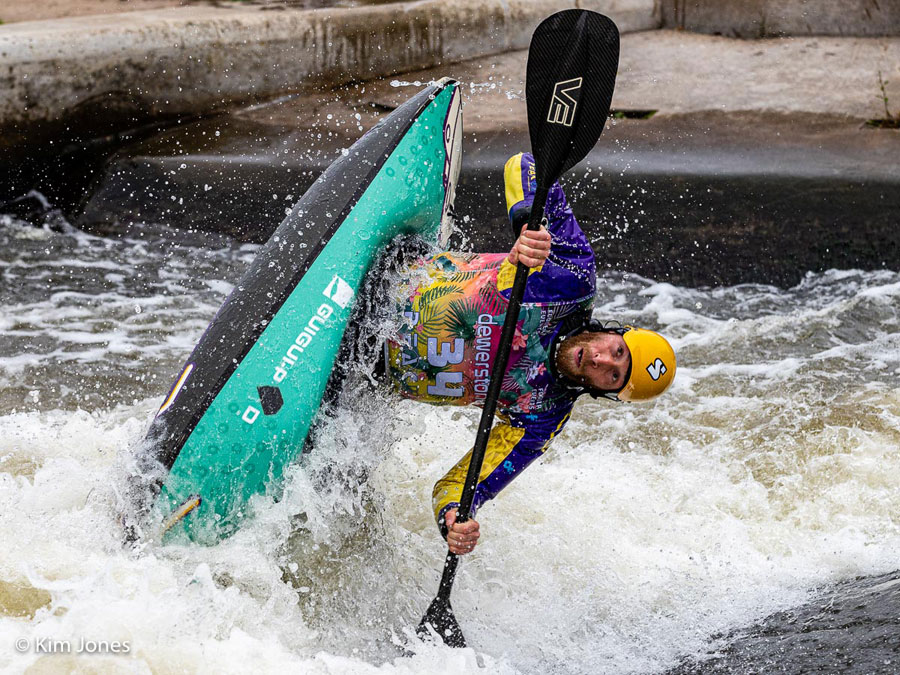 Back to the competitions though first up we had Brit Champs at Nottingham on inlet gate. An amazing turnout as I think we all couldn't wait to meet up and have a real life competition again! 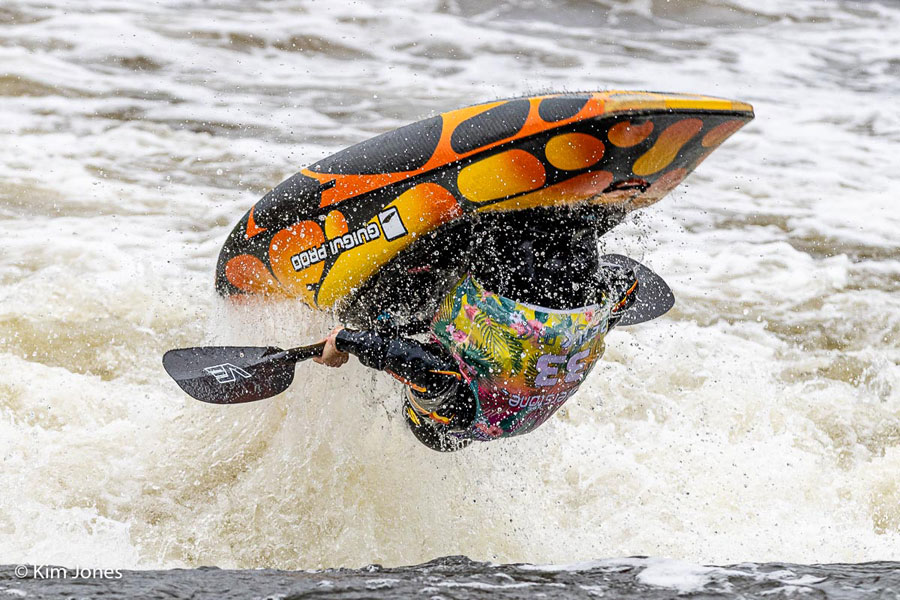 Next up was the European Championships in Paris, France - the site of the next Olympics. The feature was actually really fun to paddle, but extremely punishing of any little mistake which made for a tricky competition spot when combined with a rough prelims cut to 10 with 2 rides both counting!

The standard across the board is nuts, with any one of 15 paddlers capable of a winning ride but GB's Rob, Gav and Harry especially were hitting some incredible rides in training, truly being winning rides if they stuck one in the event.

However when the event came; perhaps the lack of competitions over the last few seasons hit us and unfortunately myself, Gav, Alan and Rob got eliminated in the prelims.

Harry had a stormer in prelims though and was placed 2nd going into semi's. Semi's came around and the unforgiving nature of the feature also struck Harry out of the running too. The eventual winner Dave McClure in reality had looked on another level before the event and in the final threw down a fearless ride to take a well deserved win. 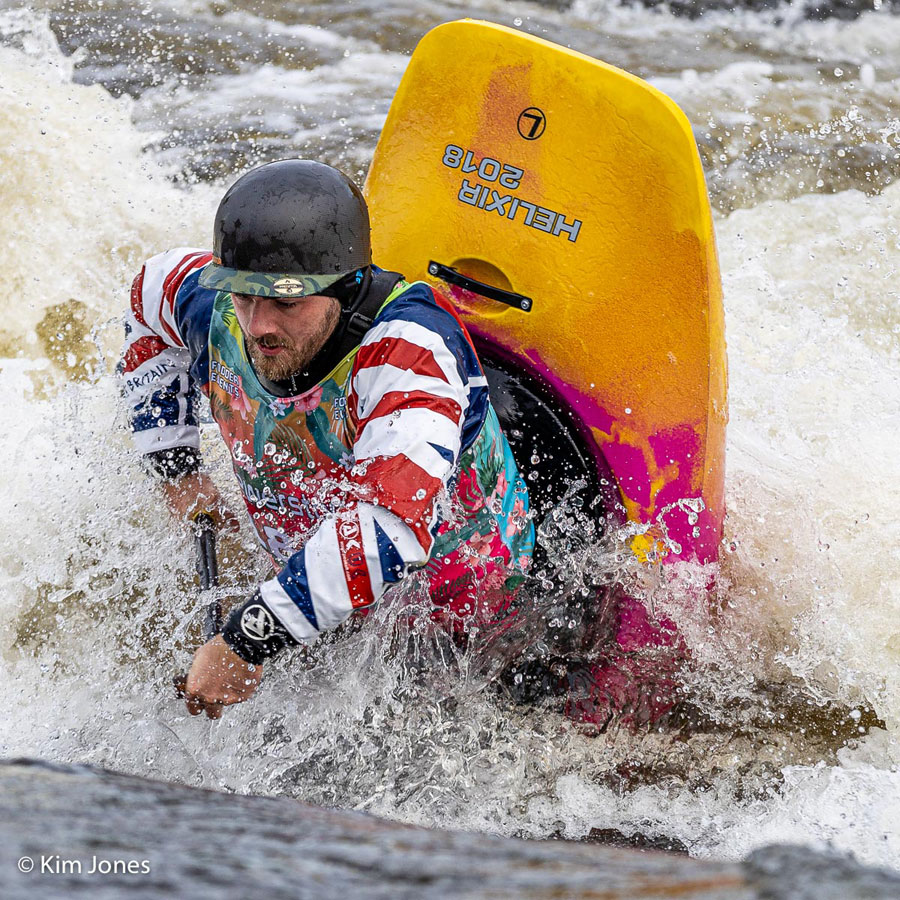 In the other categories Peak UK's Ibbo stepped up and really threw down hard to take. a well earned 5th place in C1.

A huge congratulations also needs to go to GB's golden girl Ottie who won her first senior international to become the Women's European Champion with some really impressive rides under pressure to receive a well earned win. I think it's going to be the first of many a Gold medal for her  Junior phenom Toby Marlow who became European Junior Men's Champion with an absolutely dominant performance. Then in Junior Womens Jen Leal took an impressive Silver medal. The future of British freestyle looks to be in very good hands! 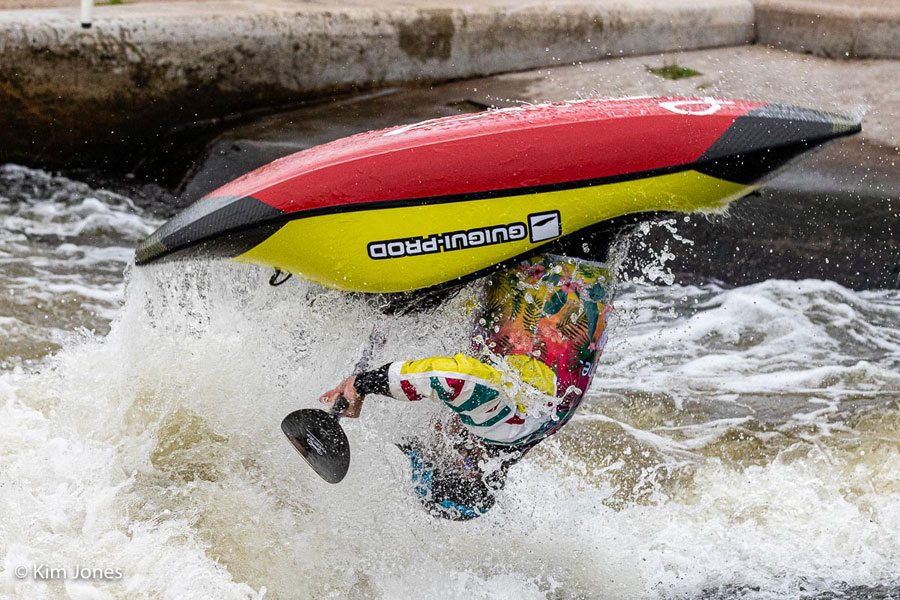 Next up was GB selection, possibly the most postponed event in history, I think if memory serves me well, this was the third attempt to run the event over the last 1.5 years, every prior attempt water levels or covid forced it to get moved.

So many paddlers have put phenomenal amounts of work training in the gym, mentally and on the water in order to have a shot at the first home World Championships in Nottingham in 2022.

Personally I was the most nervous I've ever felt before a competition before dropping in for the first event. I, like everyone else, just wanted the chance to represent GB next summer so badly.

We were greeted with a cold, windy day - classic selection weather. We also knew it was always going to be a very tight and close competition - everyone has really stepped up their game and put their all into training for this. Close is what it was, in many categories it came down to the wire with the Team only getting decided with last rides. 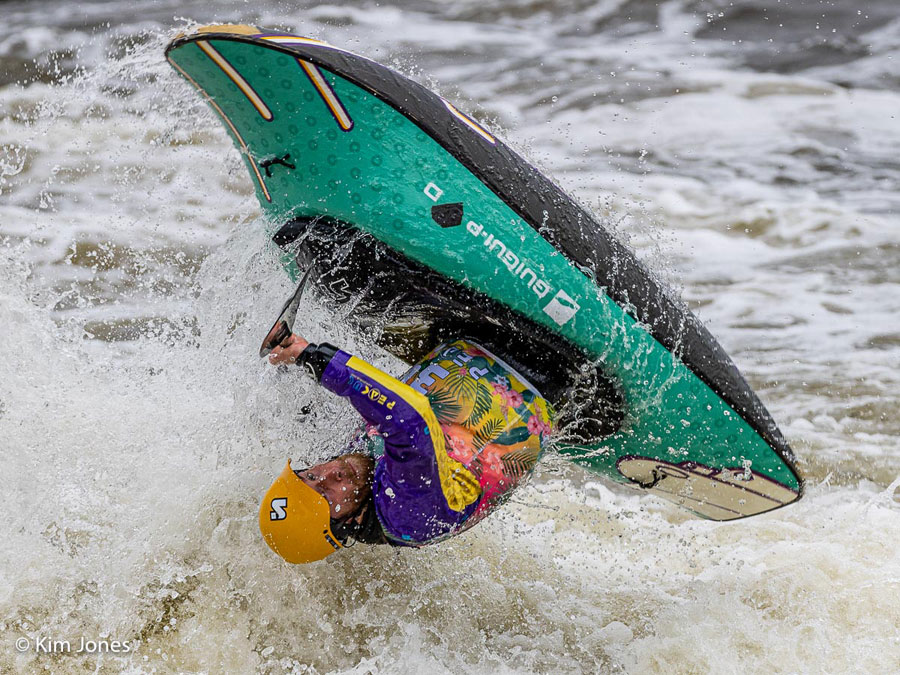 Peak Uk's Rob Crowe however banged out solid rides on command and took a convincing win on both days to secure his spot. Harry Price was right behind him then after that literally just a move or two separated the next 4 paddlers, so it was all on the line for event 2. Personally I didn't quite get the rides I was looking for on day 1 and ended up 6th so thought there was a very good chance i'd f&%cked it...

Event 2 came and Rob again took the win. Peak Uk's Gav Barker banked his spot with some huge moves and sweet rides. Harry did another solid performance and grabbed his. 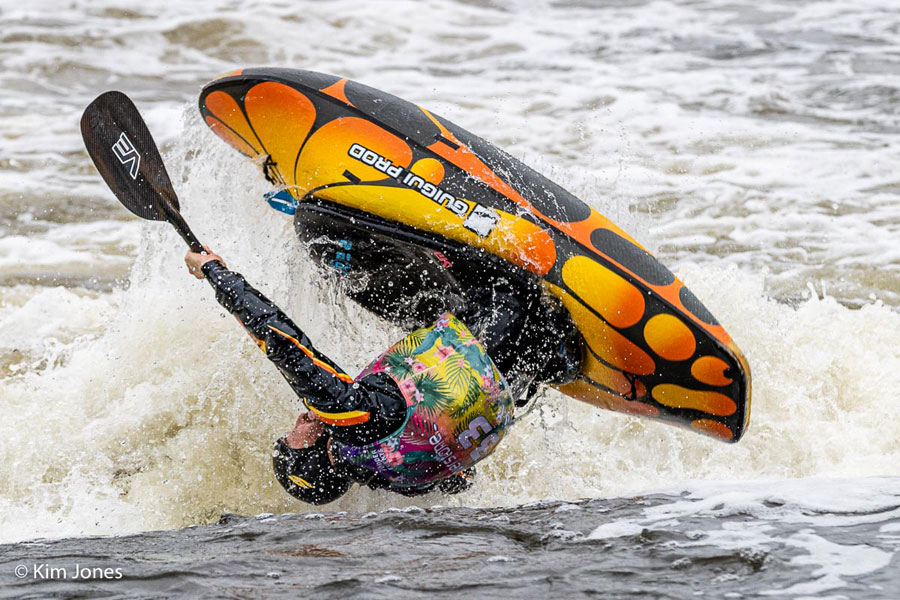 This left myself, Alan Ward and Toby Marlow fighting over the last 2 spaces on the team. Gav gave me some amazing support on the bank and helped me to get the 4th I needed on my very last ride to take the spot alongside Toby who jumped straight up from Junior team to seniors.

I think we were all pretty emotional, some over the moon to get the opportunity and privilege to compete next year but also sadness for those friends who just missed out. 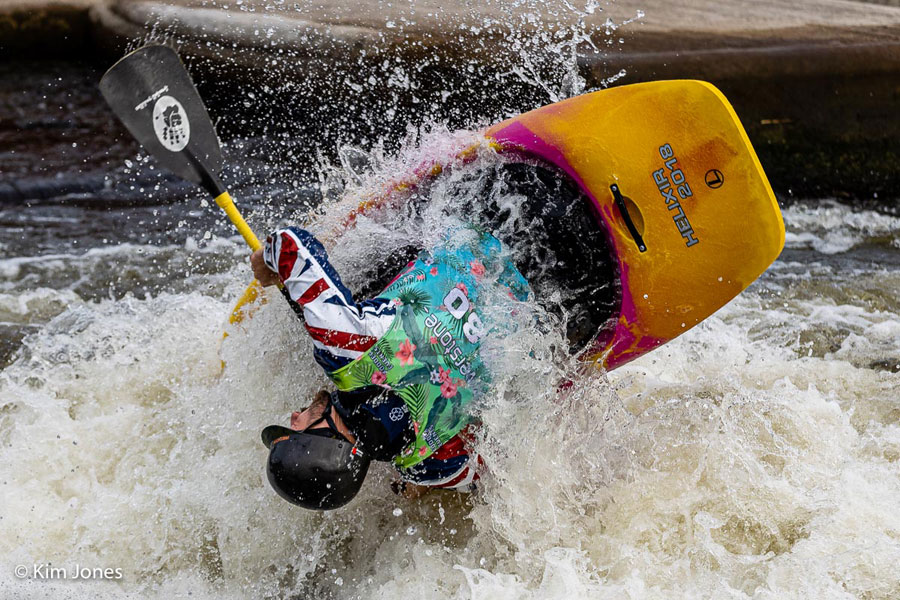 I must admit I didn't really watch any other categories but of the Peak UK paddlers I wish to congratulate Ibbo for making it in C1 too.

Full results can be viewed at https://docs.google.com/spreadsheets/d/18e7tQA5vqQHYeXCaqB7Z5Ew3LpCDsspW-HT3hE4hpjU/edit?usp=sharing

The final GB places will be announced shortly on the GB website https://www.gbfreestylekayaking.co.uk

Now the real work begins as we all need to step up to a whole new level for what looks to be a super close and exciting World Championships next summer!

You can see the Freestyle Team profiles here.
Big thanks to Kim Jones for the great images.