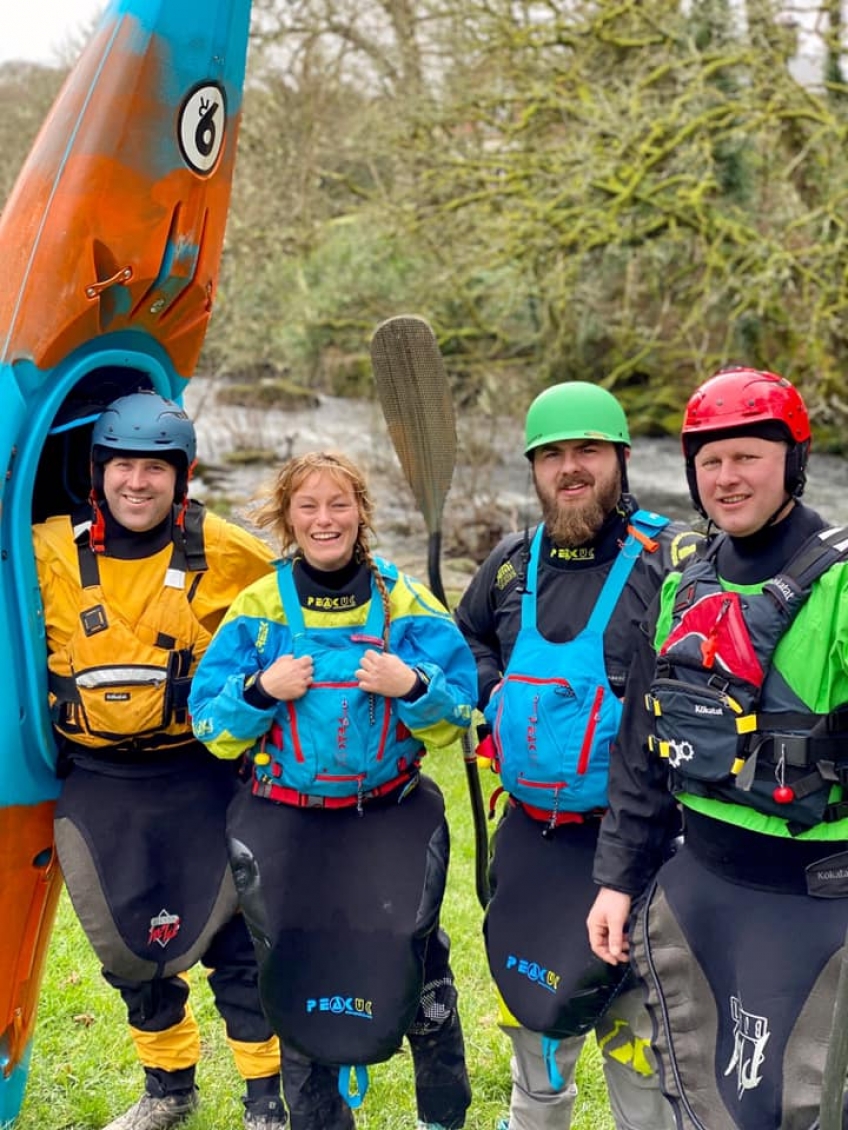 24 hours on the Dart

This challenge was all for a good cause, to raise money for the East Anglia Children's Hospice (EACH), who look after kids with life long illnesses. This was Rich's fourth challenge, not Rob's first, but Ibbo, Sal and Mike's 24 hour debut. The plan was simple, paddle the upper section of the dart river as many time as possible in 24 hours. This section of water is a well known section of grade 4 water, with a number of drops, rapids, and rocks to negotiate.

The planning and lack of training started months in advance. Sal took to the rivers in Ecuador, Rich on his bike a few times, Ibbo lapping HPP, and Rob took to the hot tub with a cold glass of bubbly. With a wide range of training techniques use, the team were set.

Starting at midday Friday, the team took to the water with a hand full of friendly faces and the laps began. For Ibbo this was actually his first few runs down the river, so he had lots of learning to do quickly in the daylight. The crew managed to get 7 laps in before the sun dropped and light was going.

When light was completely lost it was time to rig up the boats with lights to guide out way down. A few different lights were used, from workmanship flood lights to head torches, any form of light was welcome. even the best lights only gave a few metres sight, making it interesting. The first few laps in the dark were an experience, it was like paddling a completely new river, even those most familiar with it were being surprised with drops and rocks. But once the team got into the rhythm it all flowed smoothly.

Come dawn, the light was a welcome sight. As soon as they could the team were taking off the lights and enjoying seeing the river again. Despite being tired and sore, moral was still high as the end was in sight. A slight drizzle meant that the river was rising slowly, so more water meant easier laps.

Midday Saturday was a happy time. Paddling was done, the challenge was complete. Lots of tired but smiling faces and the team couldn't believe it was done. The team split, and went for some much needed sleep before joining back up at the country park bar for a well deserved burger and pint that evening.

A massive thank you has to go out to the entire support team, without whom the challenge would have been impossible. From driving the shuttles, having hot tea, coffee and food at the bottom of the river every lap, and those who joined on the water providing fresh banter and arms for the paddling. These guys were as important to the challenge as the five who did the 24 hours. THANK YOU!

You can still donate to the cause, just click HERE to head to the just giving page.