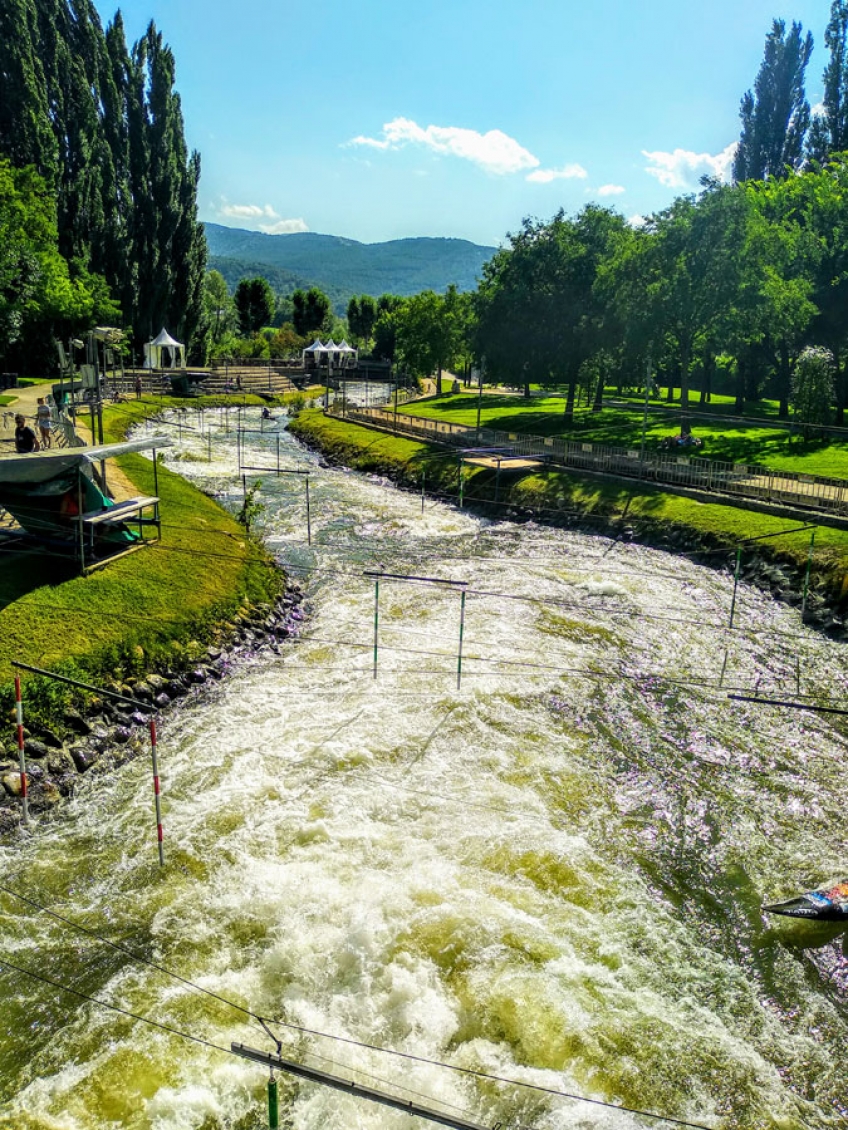 So that’s it, the conclusion of the 2020 Team GB Olympic selection process and the 2019 Senior World Championships, definitely one of the hardest races I personally have been through, and I’m sure many others feel the same. Having spent so long in La Seu over the summer it started to feel like home, and the team hit the ground running on our return.

Sunday night saw the beginning of the race schedule with the opening ceremony, with Seu living up to the expectation of a slightly weird but entertaining performance. Then a few more days training into the beginning of the racing itself, starting with the team events, the highlight of the day was the K1W team becoming World champions, 10 years on from the last time the K1W topped the podium, also in La Seu. Among the rest of the teams there were strong performances but unfortunately they didn’t pay off, but the main event was yet to come.

Thursday saw the qualification races for the C1M and K1W, our three C1M breezed through the qualification round, then onto the K1W where Kim and Fi struggled in first runs and had to take second runs, but showed great resilience to both come back fighting to safely pass through on second runs.

Onto Friday and the qualification for the C1W and K1M, where Sophie and Chris had to take their second runs, Sophie put down a resilient performance to qualify in the last spot, whereas Chris showed penalties were costly having shown the pace on both runs to qualify, unfortunately ending his Worlds and Olympic campaign. The weekend brought the final days, and the days we find out of our Olympic nominations.

Day one of finals started with the C1M semifinals, Adam showed good speed but with penalties costing him a spot in the final, although not what he wanted, there was a bigger game in play. As he had won the first of the two Olympic selection races, he was going into the worlds with a strong advantage meaning that both David and Ryan needed to place in the top 5 to place top in the selection process, so for Adam it was a nervous wait to see what the other guys could do.

Ryan was down next and put down a strong performance, with a few mistakes but unfortunately it wasn’t enough to qualify into the final, marking the end of his Olympic campaign. Last down was David, having won qualification he had already shown good form at this race and he backed it up with a composed performance to put him into the final. Adam was going to have to wait until the afternoon to find out what was going to happen.

The K1W semifinal was off next with Kim off first, she put down a strong performance to take an early lead, Fi started so well, with a really strong top half, but had issues at the bottom putting a place in the final at risk. I was the last of the three down, I also struggled at the bottom putting me outside the final and third place within the GB girls, the results firmed up with Kim qualifying into the final, with Fi and myself not. Meaning that Kim took the win in Olympic selection and became our first nomination.

The final of the C1M was a tense affair with every run counting to see if David could finish in the Top 5, it came down to the last boat, but in the end he finished 6th, meaning Adam was our next Olympic nomination. To finish off the day Kim raced her final, putting down a good performance to finished 6th, a PB for her.

Then came Sunday, the last day, Sophie started off the day of racing with a composed run and finished with a PB of 23 at her first Senior World Championships. Kim next, with a solid run with issues in the middle section she went into 10th, likely to miss the final but the main thing in her mind I’m sure is what I was about to do, as she only needed to place above me to secure the nomination for C1 alongside her K1 nomination. I had a strong top half, but made a big mistake in the middle section, involving me falling in and having to roll and paddle back to the gate, putting everyone on edge, thankfully I managed to hold the run together well enough to go into 10th place, 0.7 ahead of Kim and securing my nomination, I know we both would have preferred to have done the runs we were capable of but after a long race, and long year, we were both glad we got through it.

The last spot to be decided was the K1M, with only Bradley and Joe left, the situation was the same as the C1M with Bradley having to place in the Top 5 (ahead of Joe). They both put down strong semifinal runs to both qualify to the final, leaving it down to the last runs of the day to decide it. Bradley was the first of the two down in the final and put down a strong run, with one touch, now to see if Joe could beat it. Looking around there was so much tension within the GB supporters dotted around the venue. Joe had a really good start to the run, but picked up a penalty, perhaps he could still do it everyone was on the edge of the seats, then another touch, then it was over he had gone in behind Bradley and it was done, Bradley was the last nomination.

The team was decided, Kimberley Woods (K1W), Adam Burgess (C1M), Mallory Franklin (C1W) and Bradley Forbes-Cryans (K1M) will be the Olympic Squad for 2020.