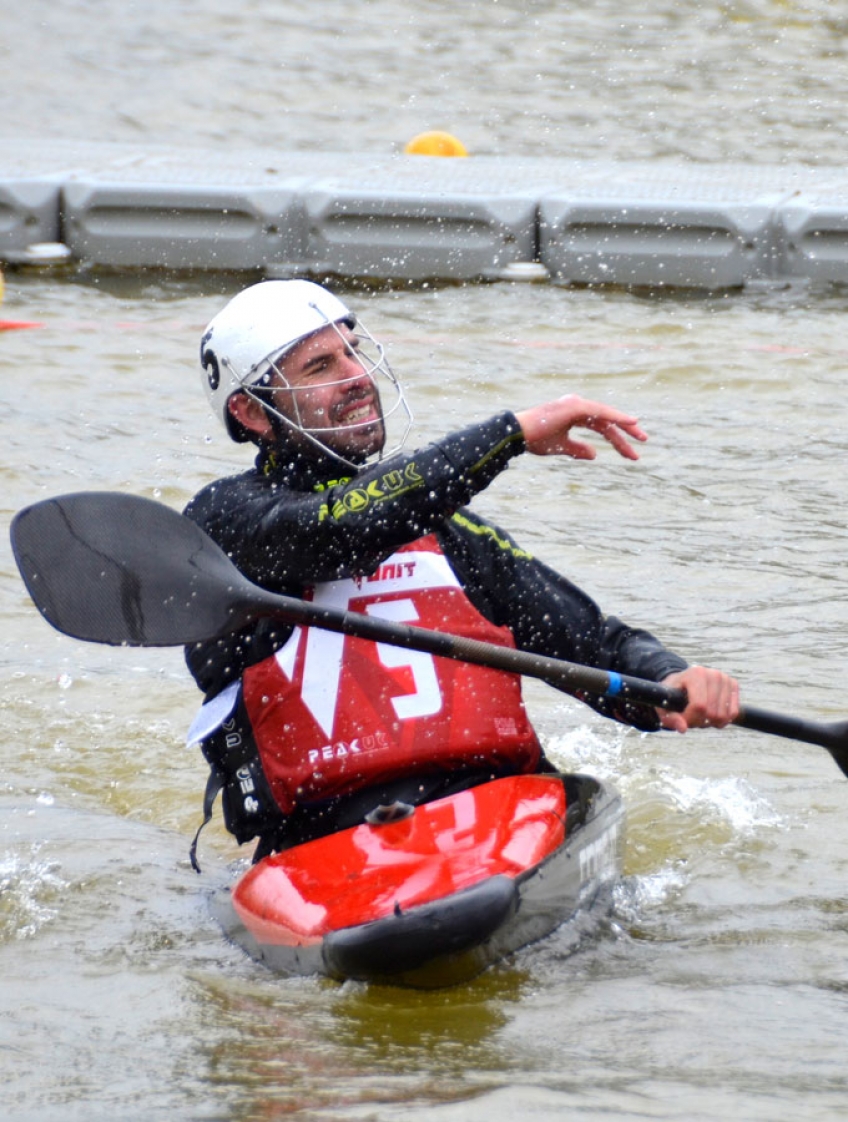 Last weekend the British Canoe Polo Championships was held at Holme Pierrepont in Nottingham. Viking A attended with a relatively young team, with 3 of the 6 members new this season. Training has intensified at our home training venue, Midland Canoe Club, new goals have been installed allowing us to train more effectively.

The first two games went well, beating FOA Z 8-4 and Pennine A 6-5, good teamwork was essential to this success, showing that although the team is relatively new, we could play well together.

The next game was against Dragon, we made this game hard for ourselves through lots of missed opportunities. This ended up on a 1-1 draw.East End followed, we dominated this game and won 7-3 at the final whistle, taking us through to the semi-finals.

Titans were our opponents in the semi-finals. Although they were a more physical team we managed to get two great goals through our counter attack. despite this the game finished 3-2 to them, putting us in the 3rd-4th place playoff.

This game ended up being against Pennine A, a team we had played earlier in the day and beat. The game was close throughout, but in the end two goals from them in the last few minutes pushed the tables against us. The final result of the game was 5-3 to them, meaning we finished 4th.

Viking A played well throughout the weekend and proved that, although the team is new, we can work well together and hope that through continued training and tournaments, we can come back stronger in subsequent Division 1 seasons.We received lots of compliments on our new team kit, and many people asked about the new Polo Deck which we have found to be very useful. We are happy for the continued support from Peak UK and hope to get some new custom Speedskins soon!