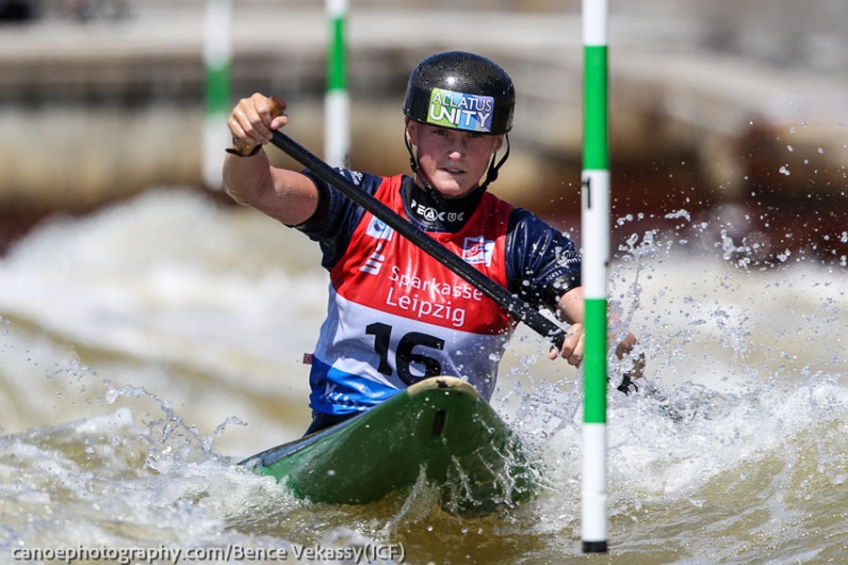 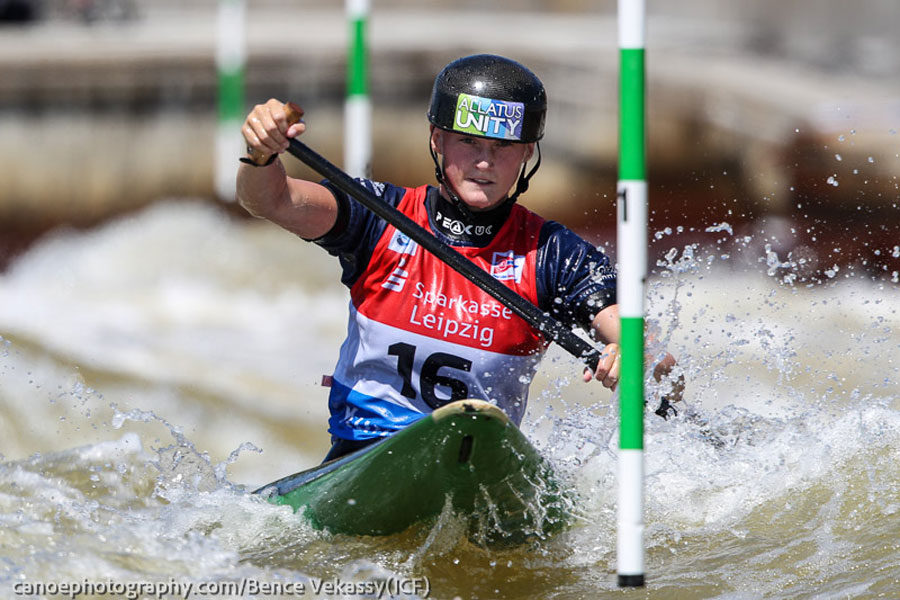 After racing in Prague, the next stop was World Cup 2 in Leipzig, Germany. High temperatures made uncomfortable racing conditions and proved tough to deal with throughout the race weekend. This was my first-time racing at Leipzig so I was excited to see what the course could bring and what I could learn along the way. 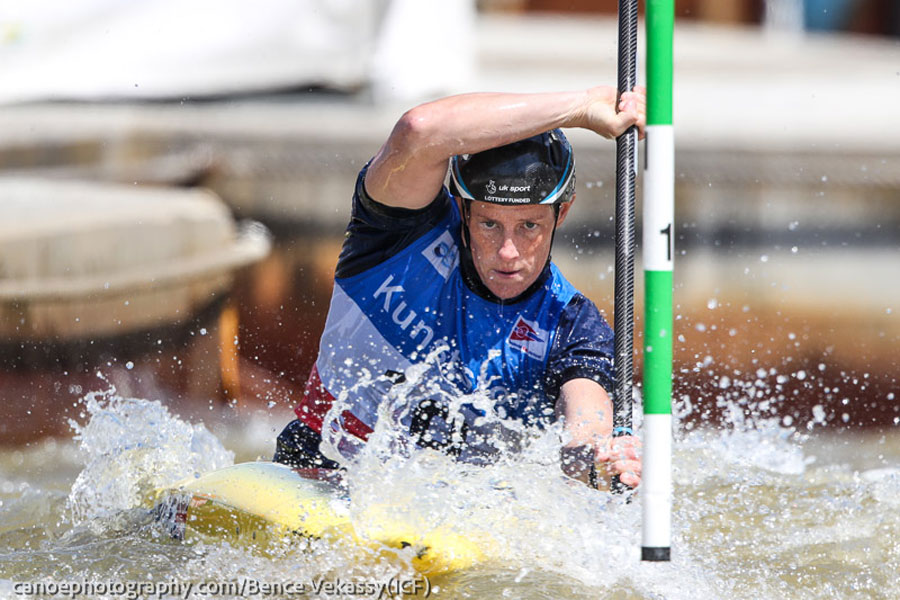 Fiona Pennie kick started the racing for the British boats but it wasn’t to be; with any early penalty on the top section plus some difficulties on the mid-section of the course. The combination resulting in her having to do her second run, even though she had a clean run, sadly it still wasn’t enough to progress through to the semis. However, there was still more to come from Fi in the Extreme Slalom. 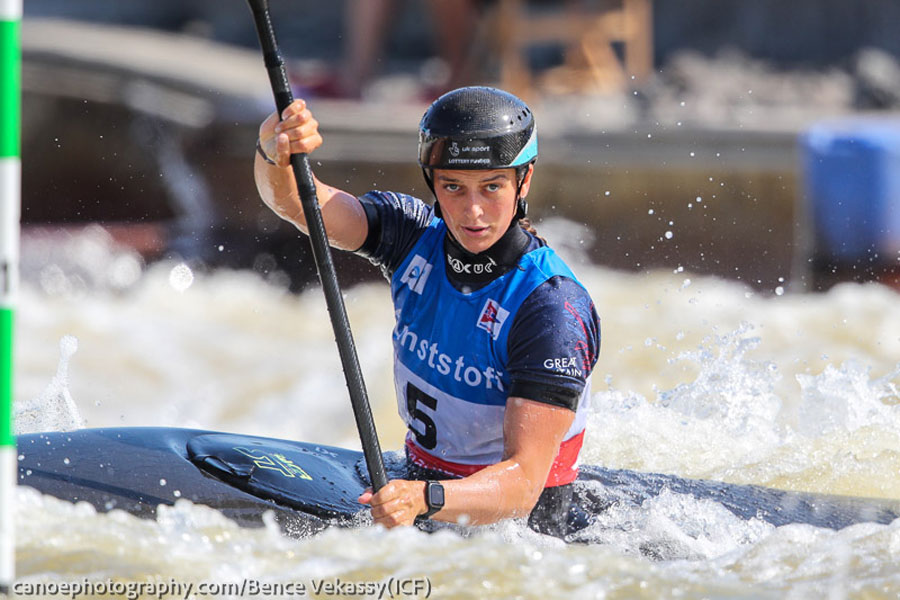 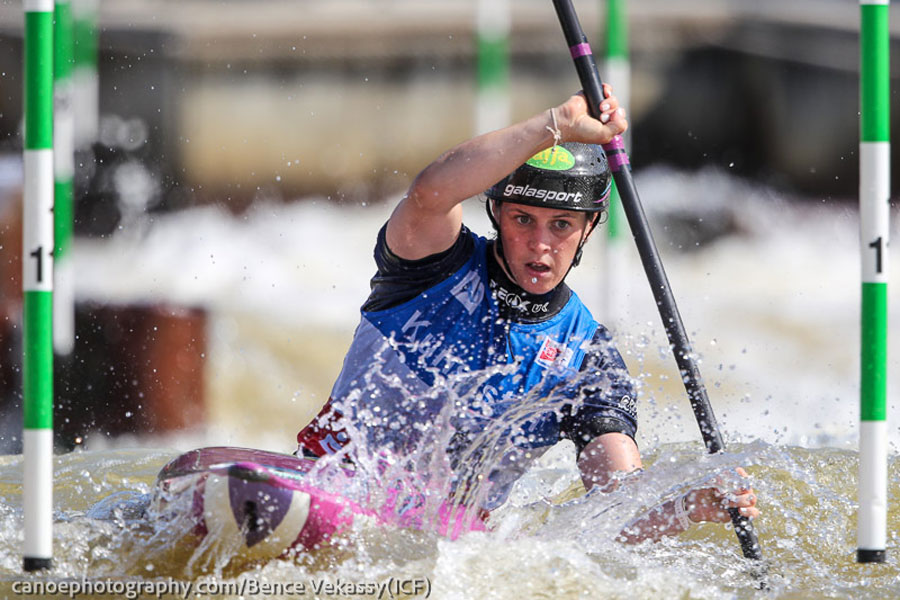 Team mates Kimberley Woods and Mallory Franklin both delivered good runs putting them securely through to the semi-finals on Saturday. 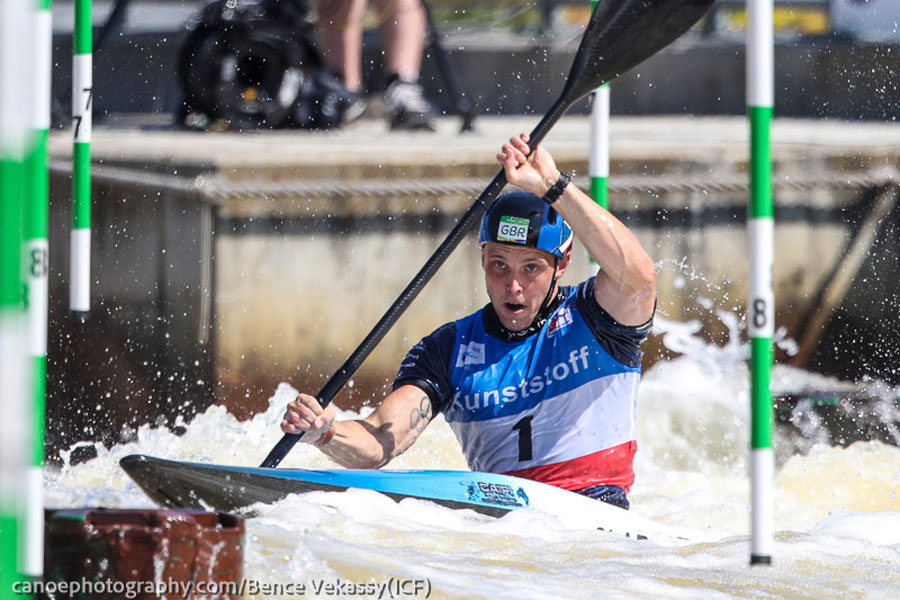 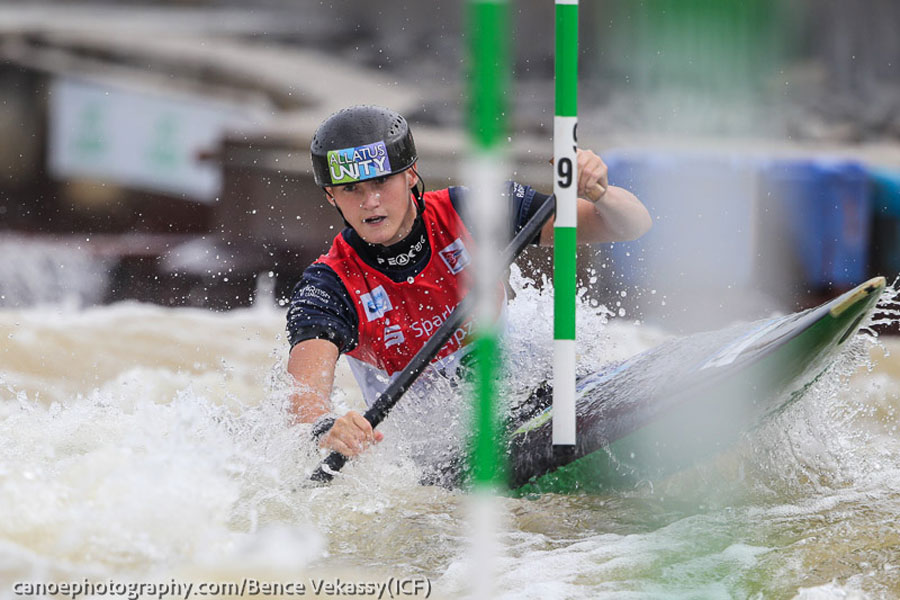 Onto the afternoon racing where my competition started, I was super pleased with my processes on my first run but unfortunately picked up a 50 penalty at the bottom of the course meaning I had to go again on second runs. I managed to squeeze into the semi-final in 10th on second runs. Mallory showed her dominance in the C1W class, putting an outstanding performance down and finishing in 1st and swiftly through to the semi-finals on Sunday. 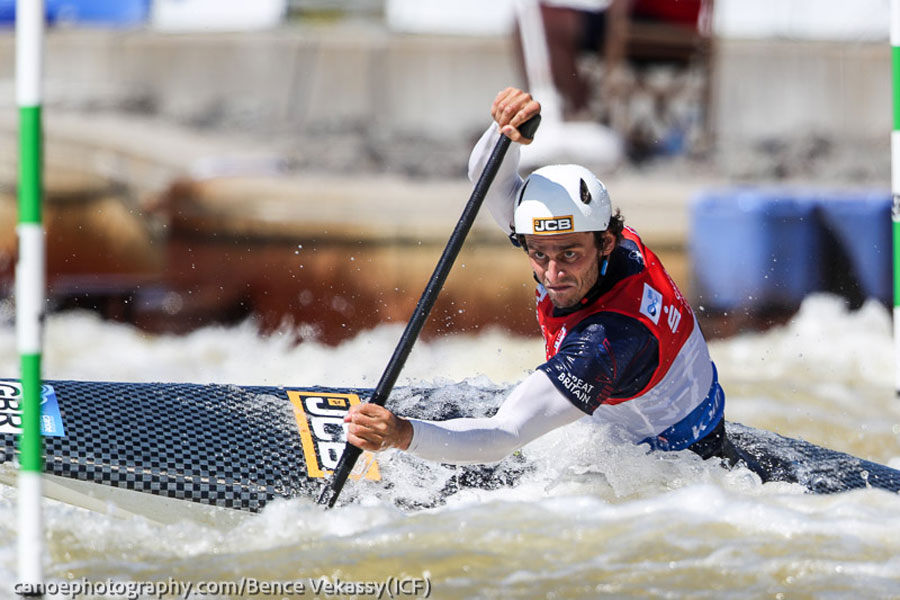 Canoe men were last to finish the day off with David Florence finding his rhythm and putting in a clean run to progress through in 12th for Sunday's race. Unfortunately for Adam Burgess, he didn’t make it through to the semi’s, he got off to a flying start but had problems at gate 17 resulting in a time loss. With the team rested and ready to go again, Saturday kicked off the semi-finals for the Kayaks. The course was looking more demanding than the heats, we were going to have to paddle at our best. Sadly, Kim and Mallory both ran into a bit of trouble resulting in them both picking up 50 second penalties. 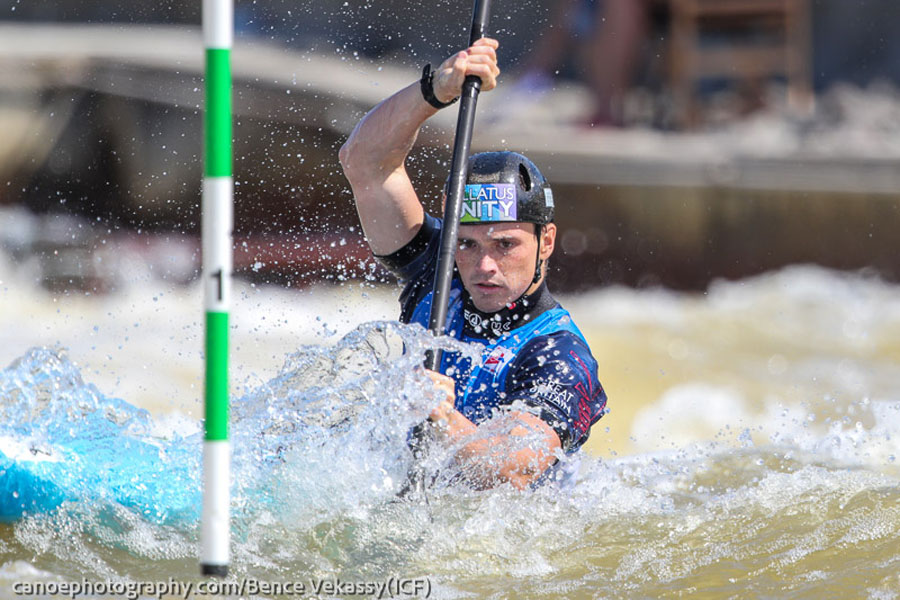 Finishing in 26th and 30th Bradley delivered a very composed run to make him the first British boat to progress into the final. However, he unfortunately picked up a 50 second penalty on gate 2, coming home in 10th. Joe, my training partner for the last two weeks, looked very smooth and on pace in his semi-final run but found some bother on gate 22 resulting in a 50 second penalty which pushed him outside the final. 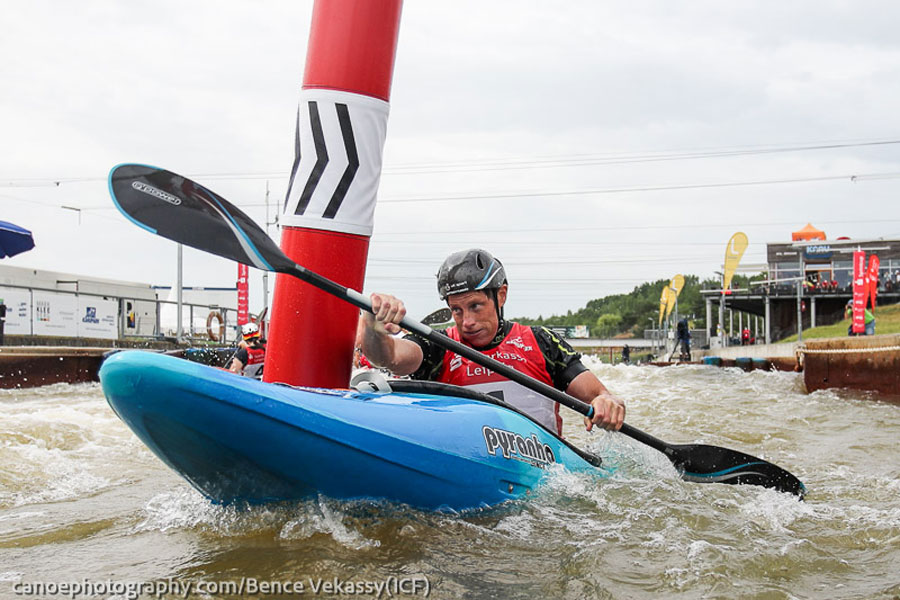 Saturday was rounded off by the extreme slalom time trials with myself, Fi, Chris & Joe were back on the start line with all 4 of us making it safely through into the head-to-head heats on Sunday. On Sunday, it was my turn to go again, I was the first C1W down the course. I was much happier with my delivery in the top part of the course feeling powerful and strong however, it wasn't to be as I ran into some trouble at the bottom of the course picking up 6 seconds of penalties. 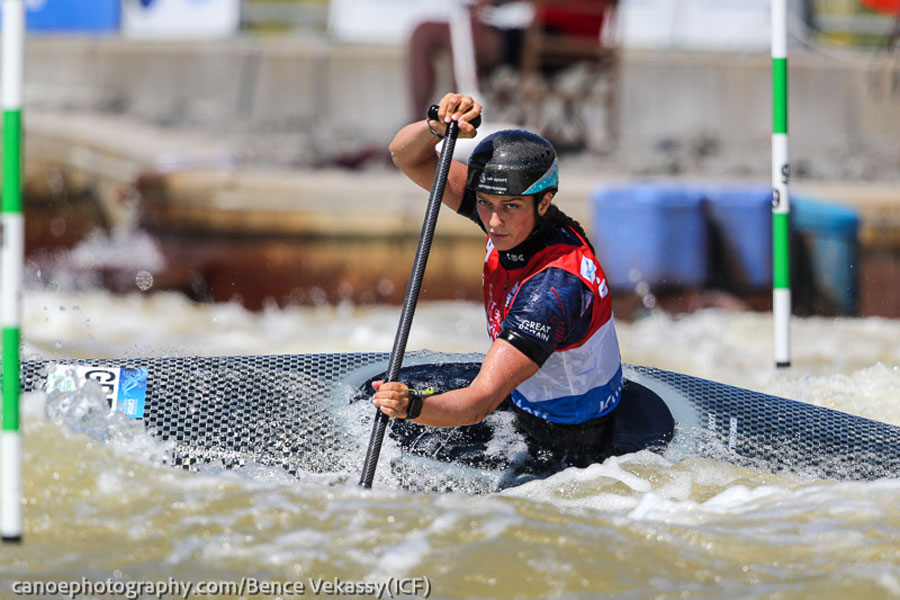 Mallory delivered a good performance to put her through into the final in 6th place, despite dropping low on the feature move at the bottom of the course. Mall ran into trouble in her final run at the top resulting in a significant time loss placing her 7th. 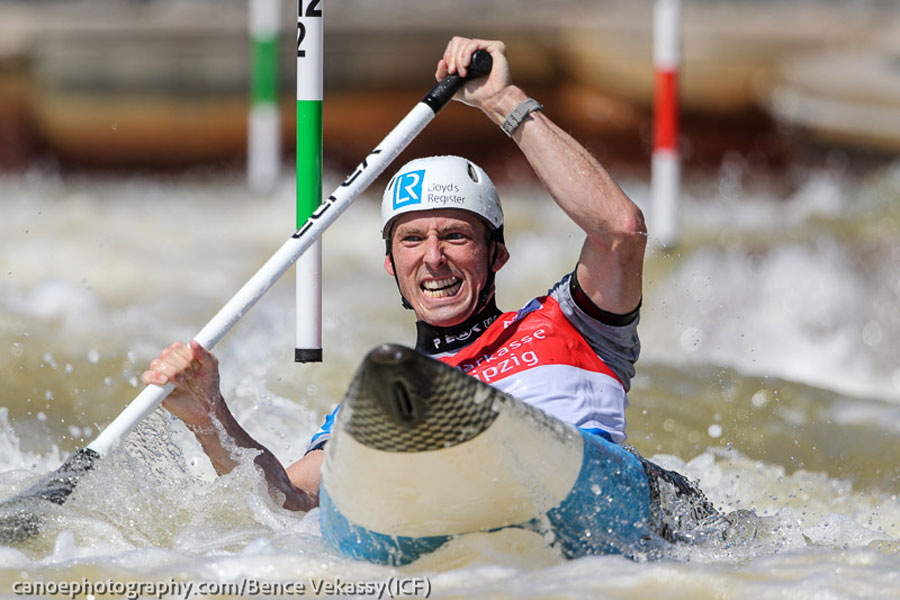 In the Canoe men, David was off to a good start looking to repeat his success from last weekend. However, near the bottom of the course David picked up a late touch after an error in the final upstream placing him in 21st. 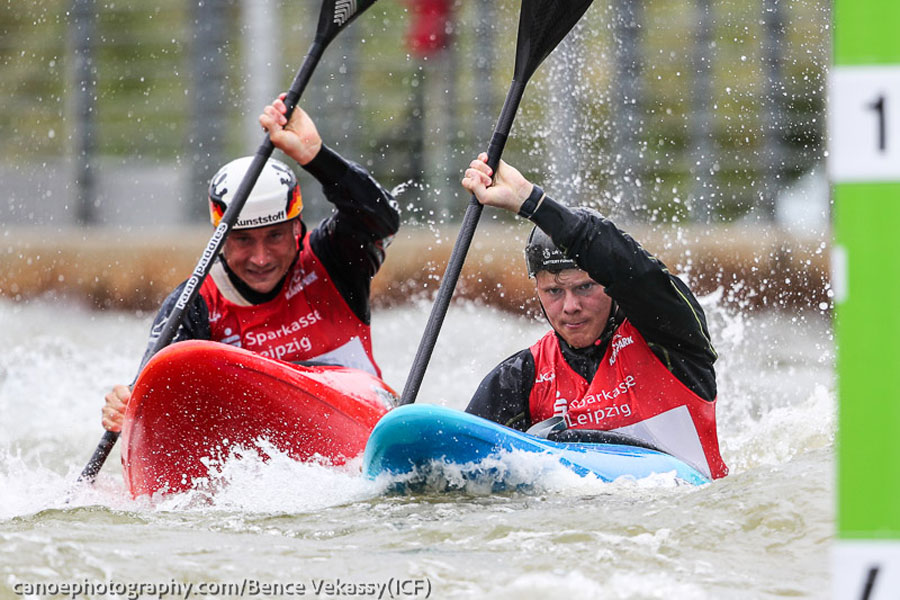 In extreme slalom it was a promising start with all boats making it past the heat round. Chris and Fi showing their skills and strength making all the way to the semi-finals. For me I was buzzing to have made it through to the final placing 1st in my quarter final and 2nd in the semi-final, putting my overtaking skills to the test. With very little time between semi-final and the finals; the arms were slowly running out of gas and a super tight sprint and photo finish seen me missing out on 3rd place. Joe showed his dominance again making it to the final but pick up a fault on gate 2 which put him in 4th place. 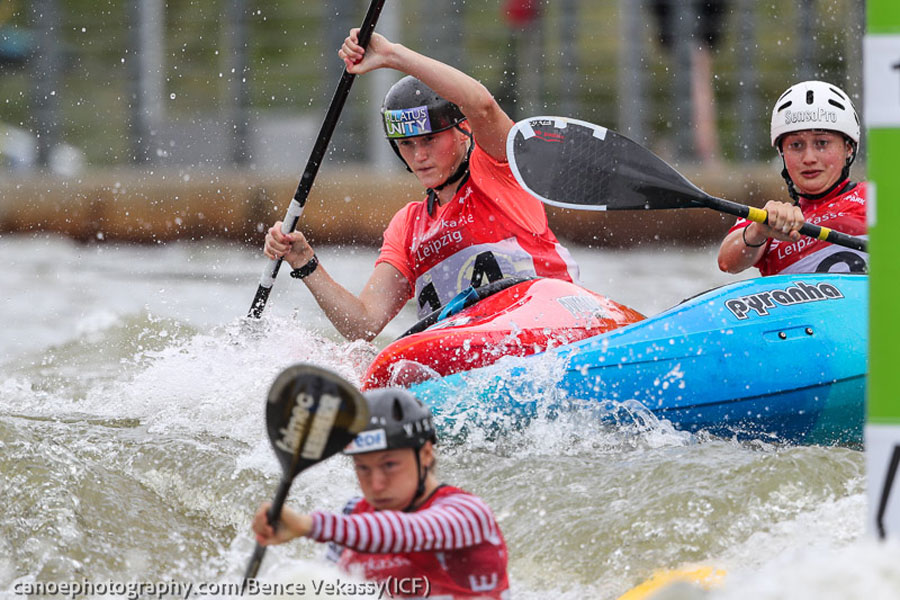 After 2 long weeks on the road, we are heading back home to recover and review our performances before we take on the next races. For the Olympic boats that means travelling to Tokyo in 2 weeks time and for me and Chris it’s the U23 and Junior World Championships in Tacen, Slovenia.