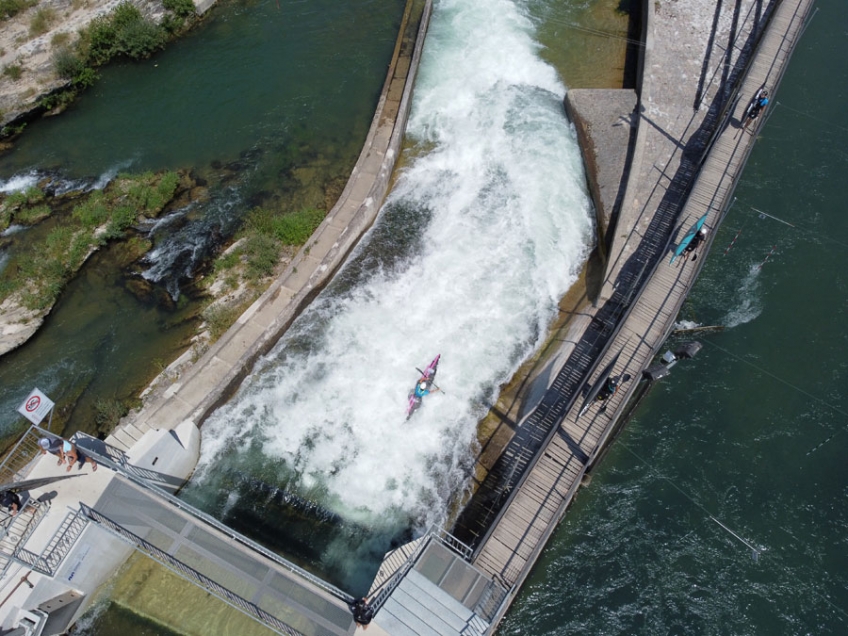 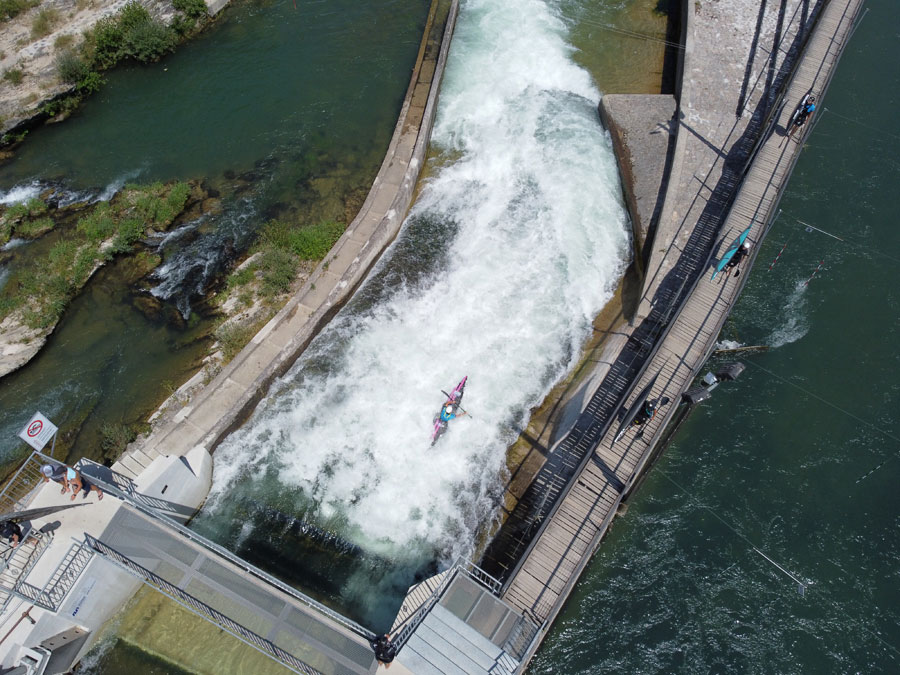 After two years absence from the international scene, I think it was fair to say Team GB and I were excited to race and once more mix it with the best in the world. Unfortunately, due to the pandemic the juniors were unable to join us on this occasion, although we knew our U23 team was a strong one this year. We had a great week of preparation including many sessions on the water getting used to Tacen’s testing ways. To keep us relaxed and make the most of the fine weather we also got out on a few occasions for some runs and a hike up the mountain. Slovenia is a beautiful country and whilst we didn’t get our usual freedoms of being able to explore we still had a great time. 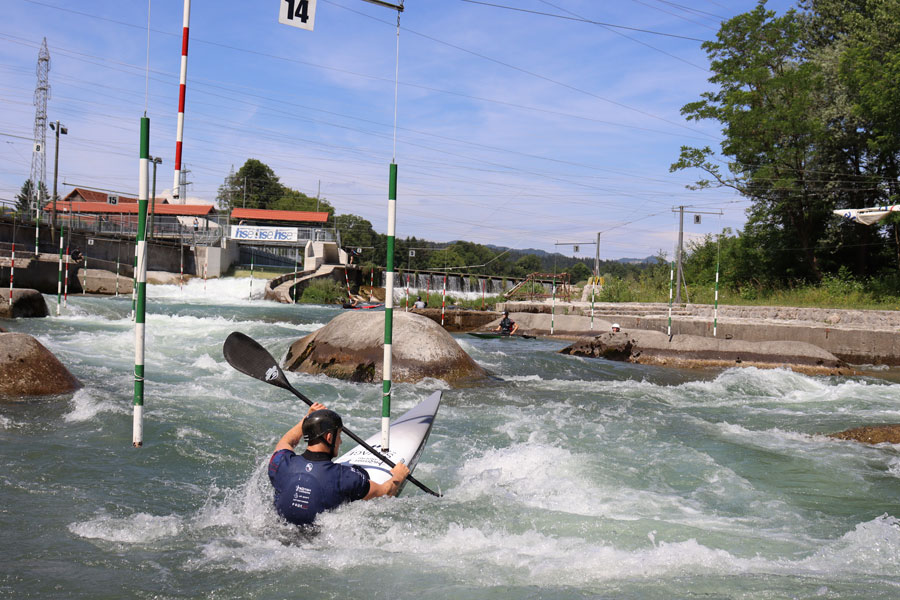 And so, onto the Tuesday of race week involving team runs. No medals on this occasion although the K1W and C1W both placed 4th, giving the team some motivation to build on as we got to individual racing. During heats all boats qualified for the semi-finals later on in the week. A strong qualification of 7th from Ben Haylett in the men’s k1 boded well for the sharper end of proceedings. 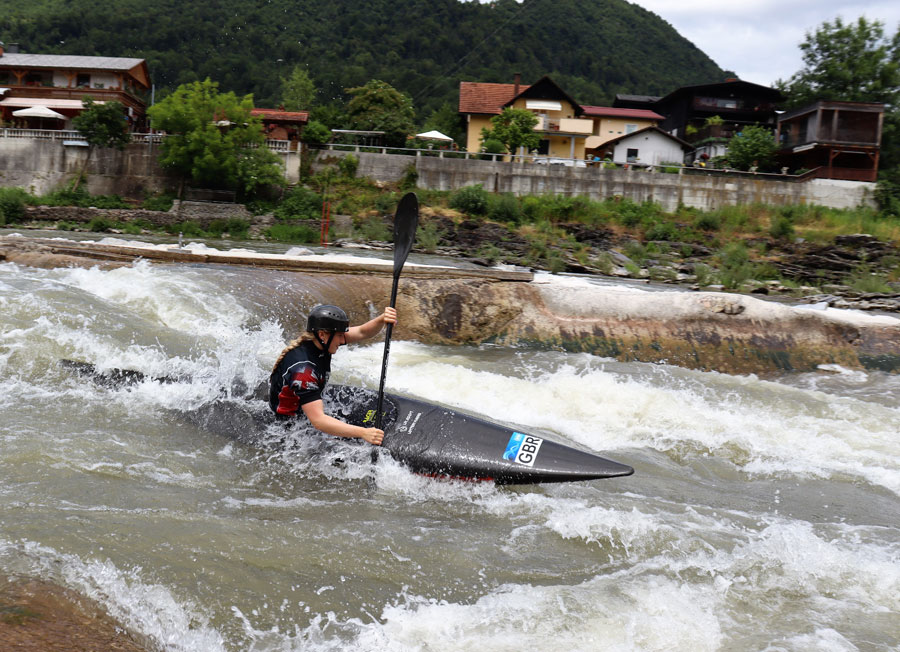 Friday saw the men’s K1 team light the fuse with Chris Bowers, Jonny Dickson and Ben Haylett all making the men’s world final in a stacked field. Very impressive paddling boys! The k1w also performed well. Lois lever narrowly missed out by just three hundredths of a second from making the final, finishing 11th. Both Phoebe Spicer and Nikita Setchell showed they had the pace if their runs had been clean. Canoe slalom is a sport of small margins and this really illustrates just how fine these can sometimes be… well paddled girls! 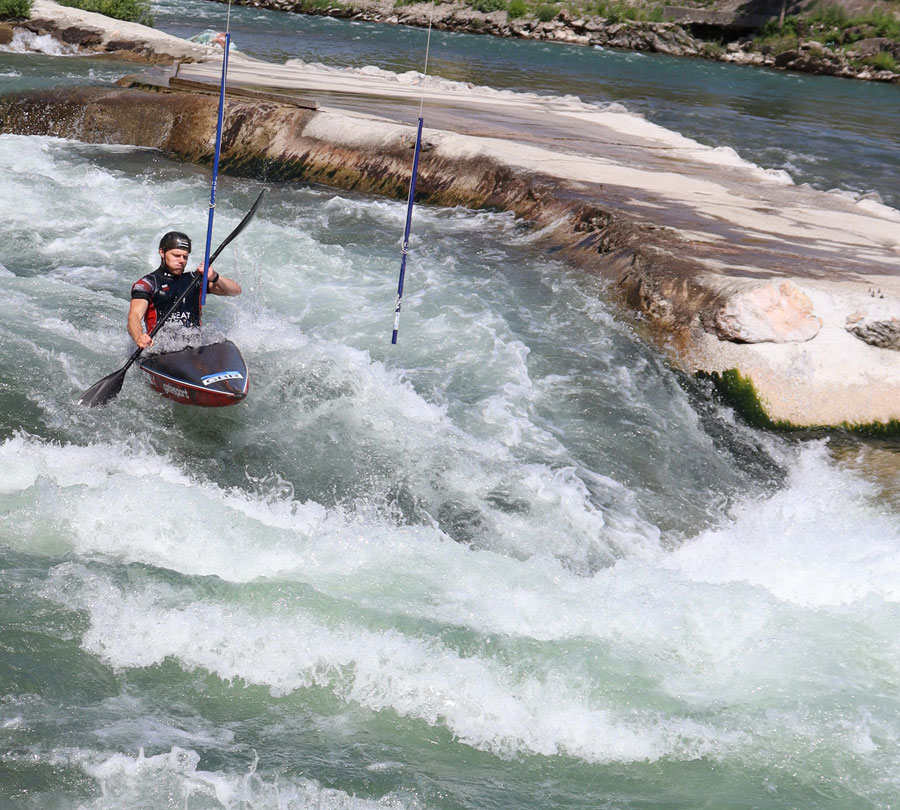 With three Brits in the final all paddling well hopes were high and sure enough the boys delivered. A touchy final run from Ben Haylett saw him place 9th. Amazing performances from Chris Bowers and Jonny Dickson showed the world Britain’s next generation have what it takes. Congratulations Jonny and Chris on their silver and bronze medals respectively. 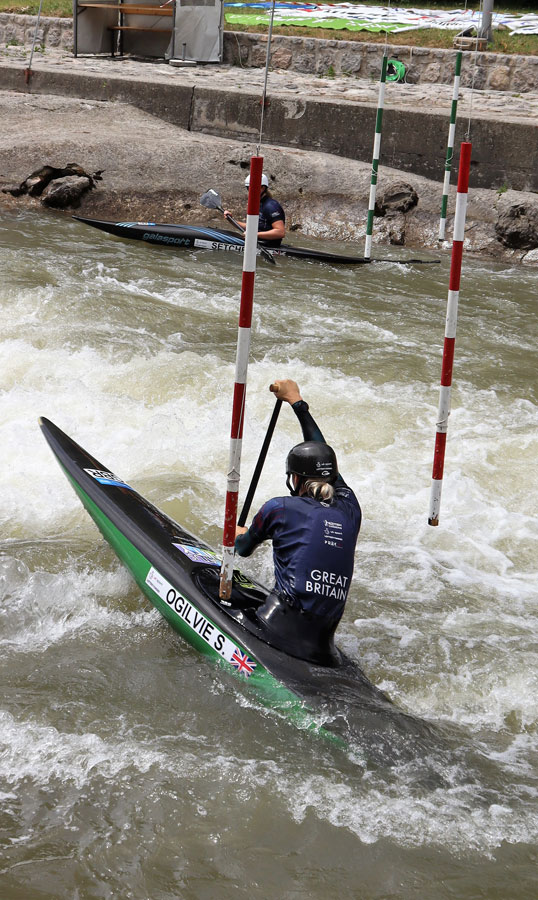 Moving onto the C1 semis. The boys did not quite put down their best runs in the semi and finished 15th, 17th and 28th. I look forward to watching them race the Europeans to build on this. Finally, the C1W. On a tricky tight course being clean was crucial. Unfortunately, Sophie Oglivie finished 15th with a touch putting her out of the final. Bethan Forrow comfortably qualified and I was on the bubble down to the last qualifier waiting to find out if I had made the final. After the long wait I also qualified, sneaking in in 10th. 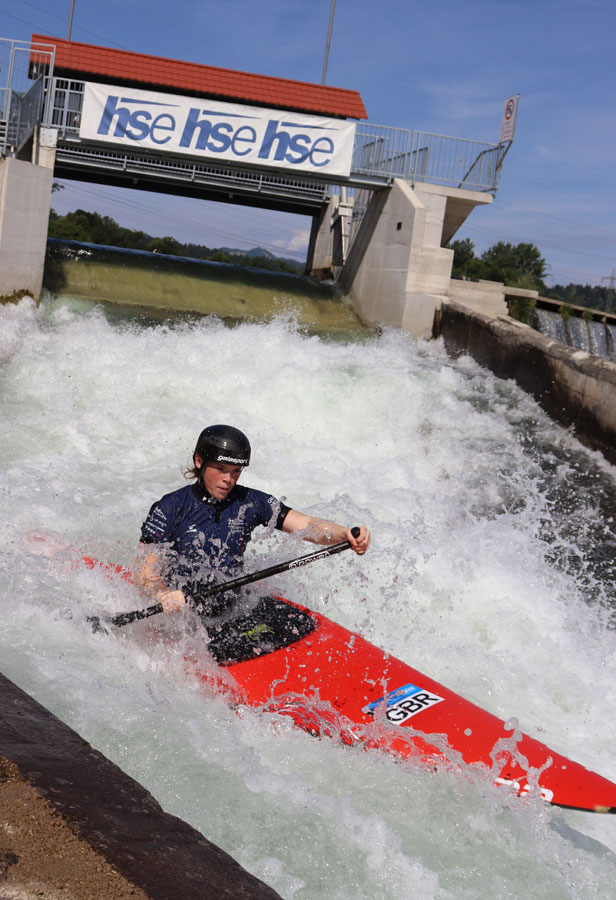 My first World final was an amazing experience. Towards the end of the run I picked up three touches resulting in me finishing 9th. Bethan Forrow saved her best run for the final and after overcoming an early touch held her nerve and composure, delivering a strong performance. 2 more paddlers to come she was sat in the Gold Medal position. The final two paddlers couldn’t match Bethan’s performance leaving her World Champion! So happy I got to celebrate with her and congratulations Bethan. 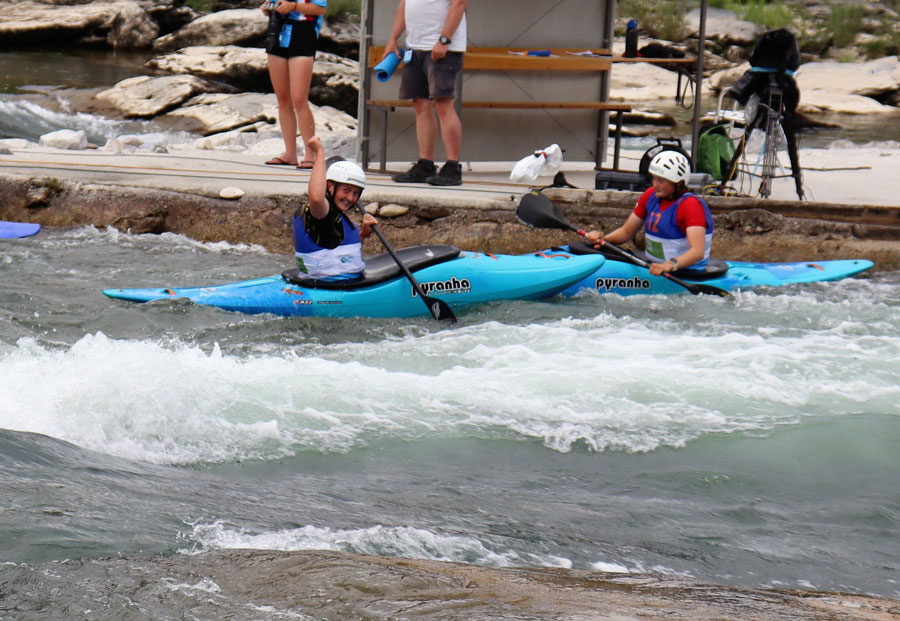 Sunday saw the extreme event. Nikita Setchell progressed through all the rounds strongly and found herself in the final. After what looked like an effortless run she crossed the finish line in first place and became the U23 Extreme World Champion. Well done Nikita! 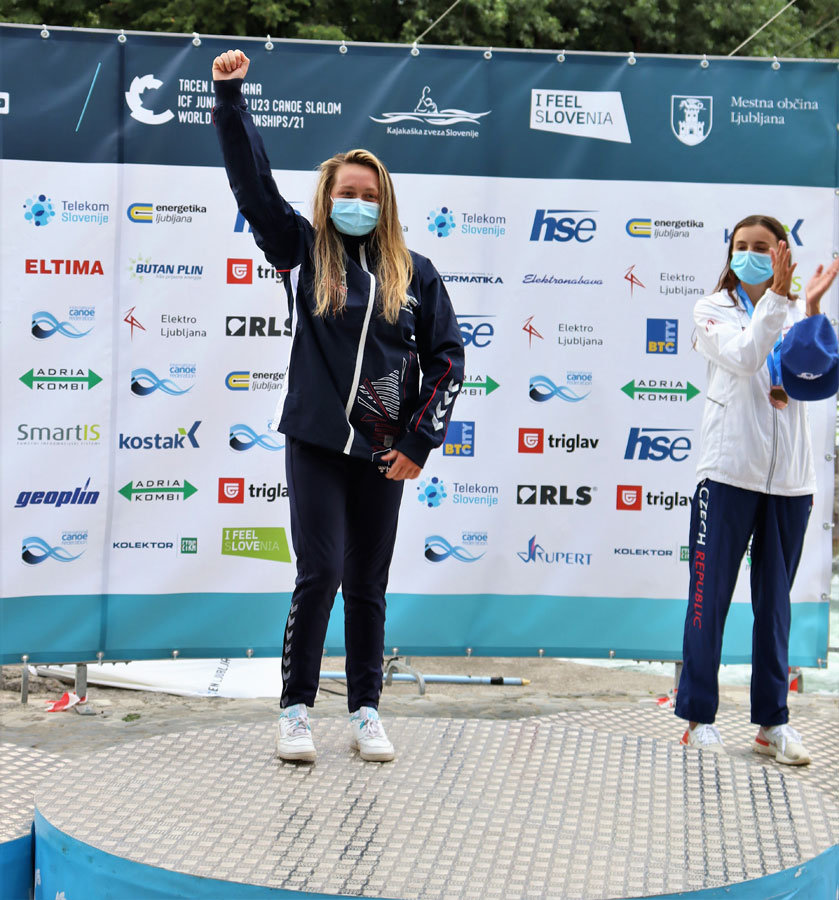 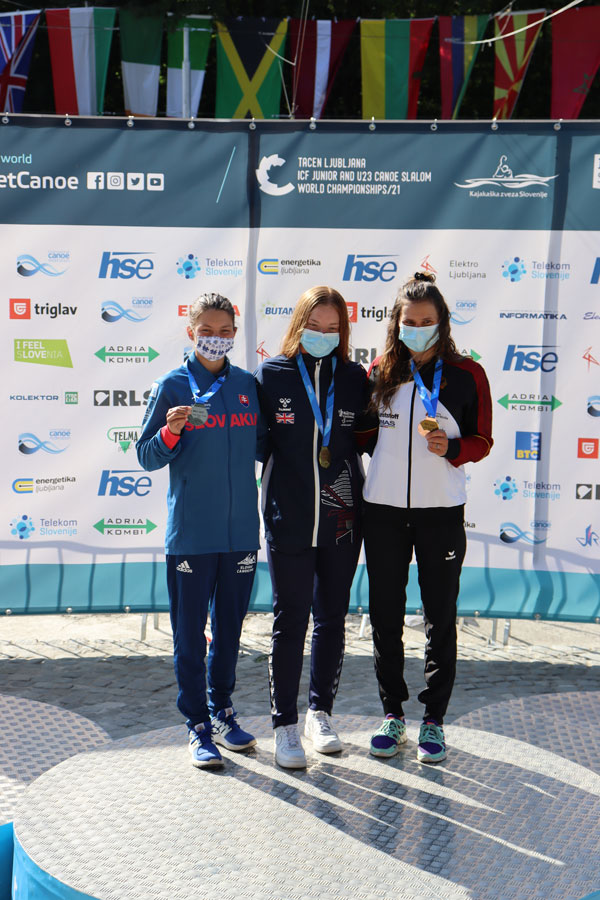 Sunday night gave us a chance to celebrate our successes and watch the England Final. Sadly, whilst England didn’t bring it home this time the U23 2021 Team did in making five world finals, obtaining three Slalom Medals and one Extreme Medal… our most successful U23 World Champs to date.

A big thank you to Peak UK for the  Racer ST2020s which the team put to good use. These proved both speedy and stylish!

Next stop the Europeans… bring it on!